Today, I am very pleased to welcome historians Joanne Major and Sarah Murden with a wonderful guest post on Queen Victoria’s first visits to the London theatres upon her ascension to the throne in 1837!

Queen Victoria ascended the throne in June 1837 upon the death of her uncle, William IV. She was just eighteen years of age and her youth symbolised a new beginning. We wanted to share the details of the first visit to the two main London theatres by the young queen as a reigning monarch, not least because there are some wonderful images of Victoria on those two evenings. 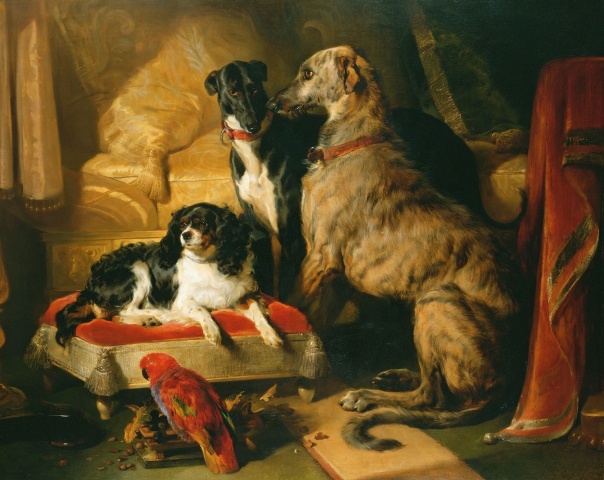 In his 1825 novel, The Talisman, Sir Walter Scott famously refers to the Scottish Deerhound as “a most perfect creature of heaven.”  A truly noble and majestic breed, the purebred Scottish or “Scotch” Deerhound was a rarity outside of Scotland throughout much of the 19th century.  Those that did reside in England lived under the auspices of Queen Victoria.  Early in her reign, she had a favorite Scottish Deerhound named Hector (seen in the above portrait by Landseer).  By the 1870s, there were several Scottish Deerhounds at Windsor Great Park.  And by the end of the century, the Scottish Deerhound Club was established under the queen’s patronage.   […]Continue Reading 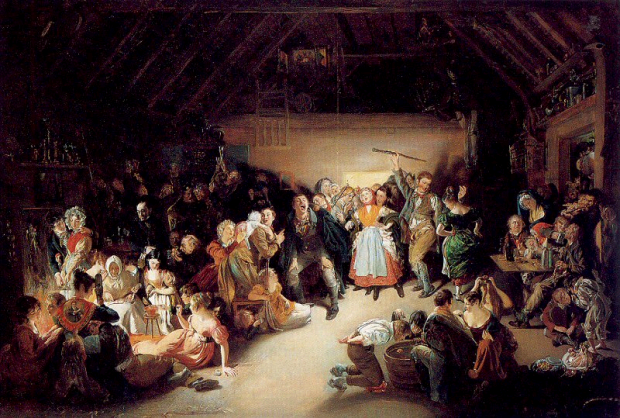 Despite their reputation for straight-laced sobriety, the Victorians celebrated Halloween with great enthusiasm—and often with outright abandon.  Victorian Halloween parties were filled with fun, games, and spooky rituals, some of which still feature at Halloween parties today.  Many of the games had origins in pagan religion or medieval superstition.  Others were merely a means of making merry with one’s friends.  Regardless, Halloween parties of the 19th century were an occasion for indulging in what author Hugh Miller describes in his 1876 book Scenes and Legends of the North of Scotland as:

“….a multitude of wild mischievous games which were tolerated at no other season.”

Chaucer, Robert Burns, and Lassie: The Collie in Literature and History 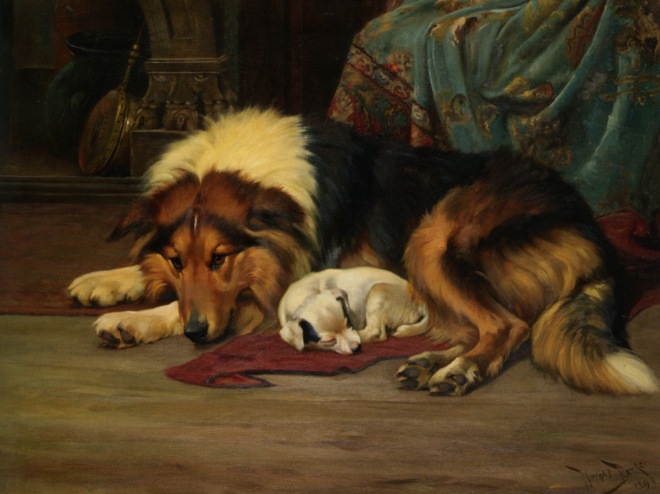 The Rough Collie is one of the most recognizable dog breeds in the world.  This is largely due to English author Eric Knight who, in a 1938 short story, created what is arguably the greatest literary heroine of all time – Lassie.[…]Continue Reading