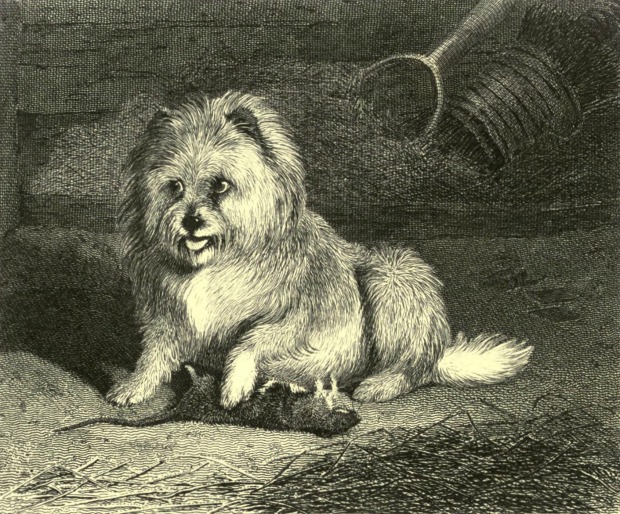 Victorian author Wilkie Collins is often referred to as the father of the detective story.  His novels, such as The Woman in White and The Moonstone, are counted among the first mystery novels ever written and are still some of the finest examples of mystery fiction you can read today.  In addition to being a fantastically talented writer, Collins was also a great lover of animals.  His favorite pet was his dog, a Scotch terrier named Tommie.  Tommie featured prominently in many letters that Collins wrote to his friends.  He was also depicted in Collins’ 1879 book, My Lady’s Money, wherein one character explains the unique spelling of the little dog’s name:

“His name is Tommie.  We are obliged to call him by it, because he won’t answer to any other than the name he had when my Lady bought him.  But we spell it with an i e at the end, which makes it less vulgar than Tommy with a y.” 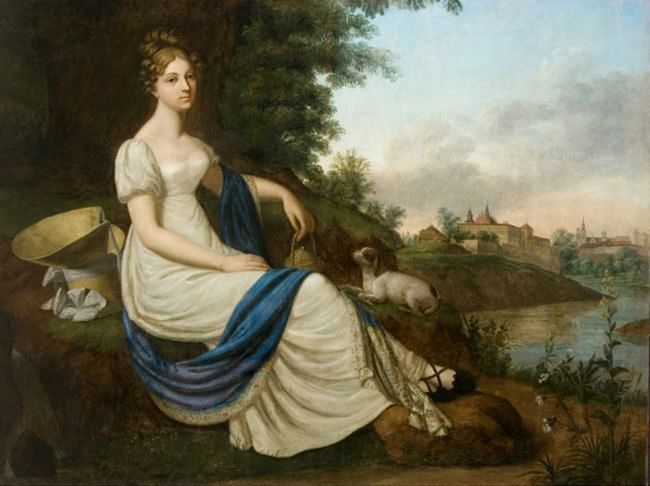 From the Regency era to the end of the 1860s, there was no fashion accessory as versatile and ubiquitous as the shawl.  Available in all weights of fabrics, including silk, lace, muslin, and cashmere wool, and priced for all budgets, shawls graced the shoulders of women in every strata of society.  They were no less well-represented in art and literature of the day.  Shawls were referenced in the novels of such literary luminaries as Elizabeth Gaskell and William Makepeace Thackeray.  They were also featured in countless portrait paintings, draping the figures of fashionable 19th century ladies of every age.[…]Continue Reading 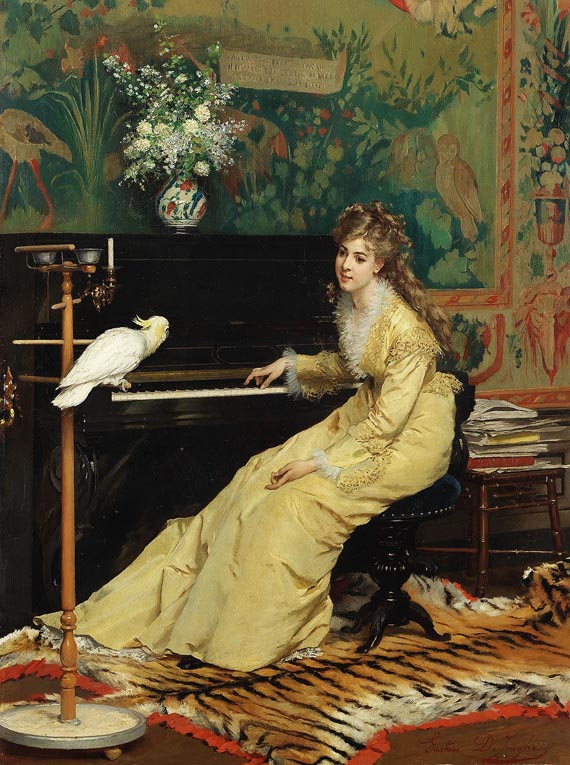 Nearly 195 years after John Keats’ death, even the most non-poetic amongst us can still quote the first line of Endymion: “A thing of beauty is a joy forever…”  Yet, upon its release in 1818, Endymion was so harshly reviewed by Blackwood’s Edinburgh Magazine that Lord Byron was prompted to write that the sensitive Keats had been “snuffed out by an article.”

And what an article!  Between referencing the “imperturbable driveling idiocy of Endymion” and snidely referring to Keats as “Johnny” and “Mr. John,” John Gibson Lockhart (writing for Blackwood’s) took jabs at Keats’ education, his middle-class upbringing, and even his former career as a licensed apothecary.  […]Continue Reading