“The Easter bonnet has long been recognized as woman’s particular weakness.”
The Illustrated American, 1886. 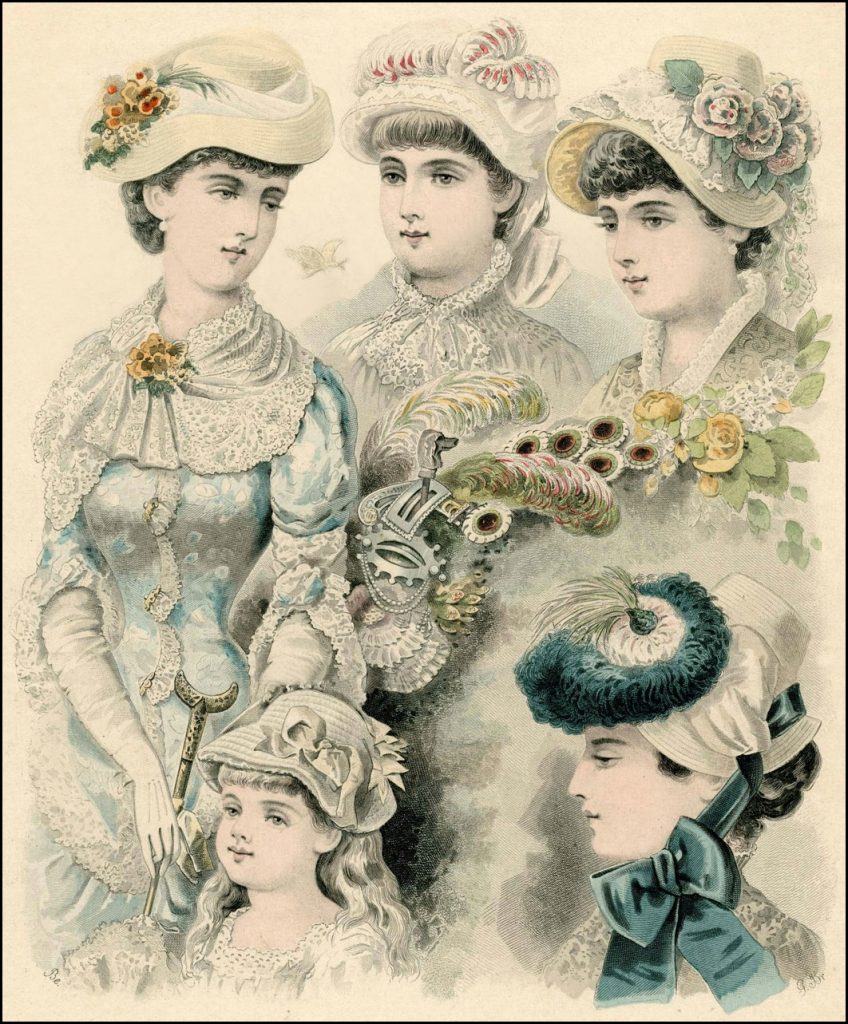 In the nineteenth century, Easter Sunday was an occasion for ladies of all classes to don their most fashionable bonnets.  Some of these bonnets were specially bought for the holiday.  Others were old bonnets made up with new trimmings.  In either circumstance, Easter bonnets were as essential to celebrating Easter as were eggs and bunnies.  An 1889 edition of the Ladies Home Journal even went so far as to declare that it was “an accepted fact that every woman who can buy or make a dainty bonnet for Easter-day must wear it.”[…]Continue Reading 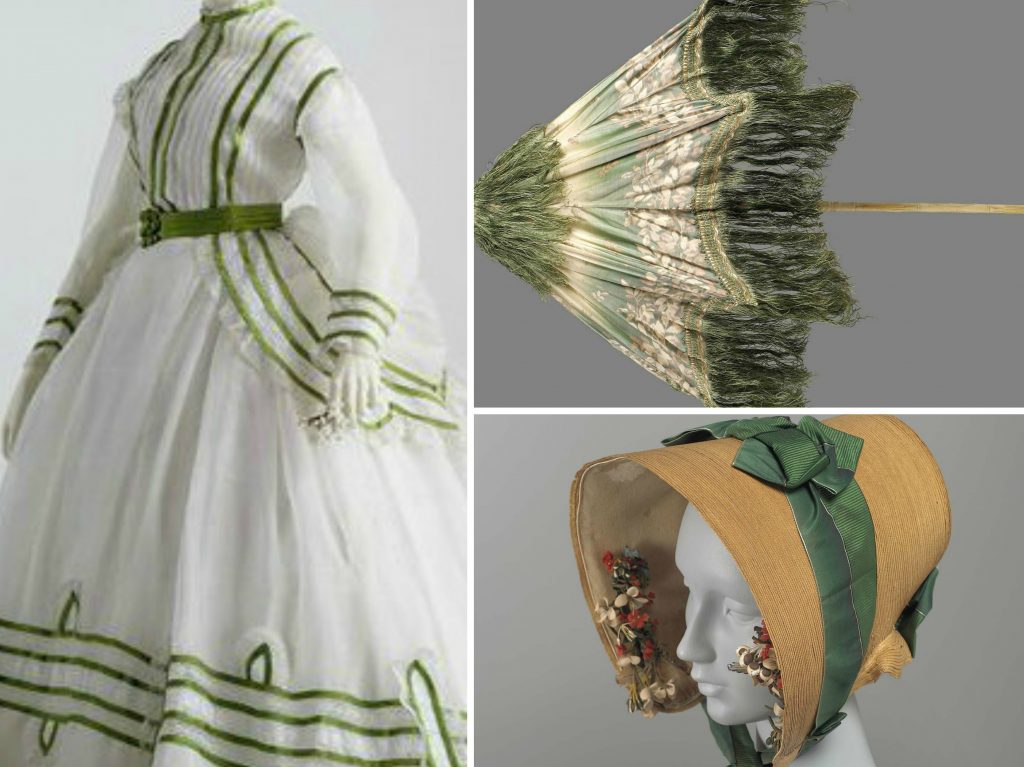 In women’s magazines today, we often see lists of summer vacation “must haves.”  These lists usually include such hot weather essentials as swimsuits, sunscreen, and a romance novel or two to read at the beach.  But what about ladies in the Victorian era?  By the end of the 19th century, beach holidays were certainly on the rise.  However, our Victorian sisters met the heat without benefit of air conditioning, skimpy clothing, or sun protection.  What did they have instead?  In today’s article, we look at a few fashion, beauty, and novel necessities for a 19th century summer.[…]Continue Reading

Mad as a Hatter, an Adder, or an Oyster

I’m guest posting today over at Geri Walton’s wonderful History of the 18th and 19th Centuries blog!  If you would like to learn more about the perils of 19th century mercury-based hat making and the origins of the popular phrase “as mad as a hatter,” do stop by and have a look at my new article Mad as a Hatter, an Adder, or an Oyster.  You can click through HERE.

Fashionable Caps for 19th Century Matrons both Young and Old

The 19th century cap was a modest necessity.  Worn by spinsters and matrons both young and old, it neatly covered a lady’s hair while she was at home and abroad.  At face value, such a basic article of clothing seems to have changed little throughout the century.  However, a closer look at the fashionable caps of women of the 1800s reveals that styles did in fact subtly evolve.  Through lace, ribbons, and trimmings, ladies of the age continually reinvented the cap, transforming it from what might otherwise have been a merely utilitarian scrap of fabric into a fashionable, feminine confection that said as much about a woman’s personal style as her French bonnets, cashmere shawls, and India muslin gowns.[…]Continue Reading