“Properly trained and looked after, there is no pet which can be so interesting or amusing as a monkey.”  Hardwicke’s Science Gossip, 1889.

The Monkey Who Had Seen the World by Edwin Henry Landseer, 1827.

Throughout most of the 19th century, it was not at all uncommon for a family to keep a monkey as a household pet.  Monkeys were playful, mischievous, and adept at mimicry.  In short, they were amusing.  They were also human-like enough to be regarded by some affectionate owners as no more than naughty children.  Indeed, for some, the pet monkey may even have filled the vacant role of child in a childless family.[…]Continue Reading 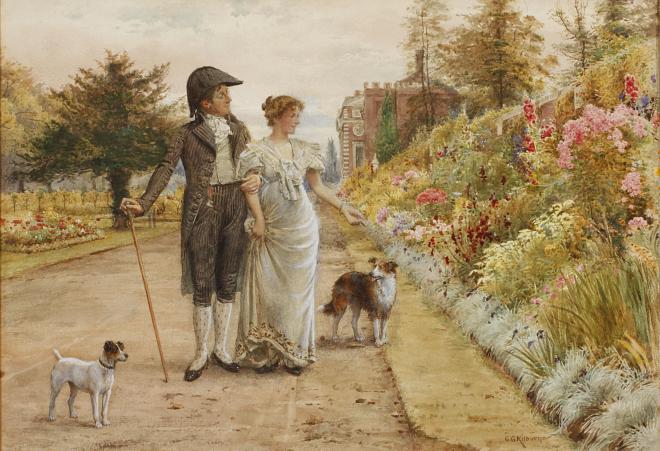 (*Author’s Note: The following article was originally published in the April edition of The Regency Reader.  I thought it was time to have it here in its entirety.  Enjoy!)

As romance writers and readers, we are all intimately acquainted with the Byronic hero.  That particular brand of brooding, mysterious, misunderstood – and did I mention handsome? – Regency rogue that has stolen the heart of many a sheltered young Regency heroine.  He is Captain Conrad in The Corsair, Heathcliff in Wuthering Heights, and Mr. Rochester in Jane Eyre.  And as dark and dangerous as he is, he makes the honorable, morally upright gentlemen with whom he shares the page seem downright unappealing.[…]Continue Reading