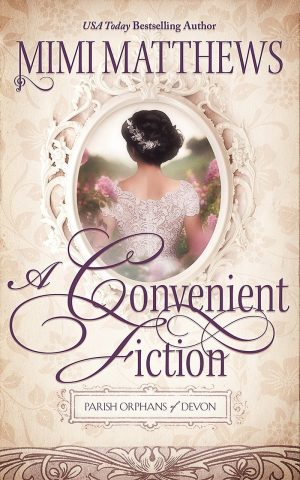 Laura Hayes held her breath until her lungs cried out in protest. The water lapped over her head, leaves and debris floating along the surface in the midmorning sun. She felt something catch in her hair and prayed it wasn’t frog spawn. Such indignities were, unfortunately, all too common when submerging oneself in Talbot’s Pond.

She’d far rather have sunk beneath the cold waves of the sea, to have felt the tug of the tide, primal and relentless, as it pulled her from the shore. But fashionable seaside resorts were far outside the Hayes family’s fortunes at present. And even if they weren’t, Margate and Brighton were meant for bathing not swimming.

For now, Talbot’s Pond would have to suffice.

It was warmer in Surrey, at least. The sun had shone every day for the past two weeks, a sweltering heat that had prompted her to spend a greater than usual degree of time in the woods. Even now, as the rays filtered through the water, warming her bare limbs, she found herself planning when she could come back again. The day after tomorrow, perhaps. And then again the morning after that.

But she mustn’t get distracted. She mustn’t lose track of her time.

Only five more seconds to beat yesterday’s record. She counted them down in her head, willing her body not to panic for lack of air.

A shadow blocked the sun. It was her only warning before something—or someone—very large splashed into the water beside her. She gasped in surprise, inhaling a lungful of slimy pond water.

And then her body panicked in earnest.

She flailed her arms in a wild attempt to get to the surface, but the very large someone—yes, definitely a someone—seized her round the waist in a viselike grip. She was hauled roughly out of the pond and thrown, coughing and sputtering, onto the grassy bank.

“What in blazes are you trying to do?” a man’s deep voice thundered out. “Kill yourself?”

Laura could hardly hear him through the pounding in her ears. She pushed herself up on unsteady arms, her chest contracting painfully on another choking cough. “This is”—she wheezed and gasped, her stomach and lungs still recoiling from the unexpected influx of water—“p-private property.”

“You’re telling me that I’m trespassing?” He gave a hoarse bark of laughter. “I suppose you’d rather I let you drown?”

She drew the back of her hand over her eyes before squinting up at her would-be rescuer. A tremor of unease went through her.

He was a big man. Strapping, Aunt Charlotte would have called him. Tall and broad of shoulder, with dark hair that flopped over his forehead, and a close-trimmed beard and mustache that—upon second glance—might well have been nothing more than a week’s worth of heavy stubble.

He was also a stranger. A man she couldn’t recall having ever seen before. If she had, she’d surely have remembered. His face and figure were not the sort easily forgotten. Indeed, if she weren’t so put out at him for bursting into her private sanctuary and disrupting her peace, Laura might even have admitted to his being handsome.

But handsome or no, strangers weren’t welcome in Talbot’s Wood, and certainly not during those hours when she was clad in her knickers and availing herself of the pond. There were too many gentlemen who considered a scantily clad female to be fair game.

And he was some manner of gentleman. She could tell that much by the cut of his clothes and the quality of his horse—a bay hunter standing at the edge of the clearing with a leather portmanteau strapped to the back of its saddle.

She’d learned to be on her guard where gentlemen were concerned. Not that her rescuer looked as if he intended to ravish her. Far from it. He looked, truth be told, rather angry.

He sat on the bank beside her, one leanly muscled arm thrown over his updrawn knees. His shirt, waistcoat, and Bedford cord breeches were soaked through, his hair half-plastered to his head. Even his leather boots were wet.

A flicker of guilt pricked at her conscience. Had he really believed she was drowning? He must have done. Why else would he jump into the pond with his boots on? Boots that were now damaged beyond all hope of repair.

He glared at her. His heavy-lidded gray eyes were as cold as hoarfrost.

Her stomach fluttered, even as her spine stiffened at his temerity. “And if you’re going to sit there staring at me—”

“You’re scowling at me.”

“Because I could bloody well wring your neck.”

Her mouth fell open. No man had ever spoken to her thus. Certainly not a stranger. “I beg your pardon?”

“I wasn’t trying to drown myself, you great lummox.” If he was speaking plainly, then so would she. “Not that it’s any of your business.” She sat up on the bank, resting her weight on one hip as she pushed her wet hair back from her face. It had come loose from its plaits. Flower petals, broken twigs, and goodness knew what else clung to the tangled strands. She’d have to wash it this evening if—

The stranger sucked in a sharp breath.

She shot him a narrow glance only to discover him tearing his own gaze away as if he’d just beheld some ungodly horror. He was now, quite pointedly, looking away from her. He was also turning rather red about the collar.

Her eyes dropped to her chemise and drawers. The faded cotton with its twice-darned seams was wet through, nearly transparent, and clinging to her like a second skin. She inwardly groaned. Could this dreadful encounter possibly get any worse?

“Where the devil are your clothes?” he asked in a choked voice. “Haven’t you a gown or a—”

“One doesn’t wear a day dress to go swimming.”

“You weren’t swimming. You were floating beneath the water like some demented Ophelia.”

“I was strengthening my lungs.” Laura watched as his gaze slid back to her almost against its will. He jerked it away again, his face hardening into a mask of carefully controlled emotion. “And I did not look like a demented Ophelia,” she added under her breath. “What an unflattering characterization.”

“Why did you venture into this clearing? These woods belong to Squire Talbot. He has signs posted everywhere. You couldn’t have failed to notice them. Unless… You can read, can’t you?”

She folded her arms over her bosom. “There.” She motioned with a jerk of her chin. “Beneath the tree.”

Her rescuer launched himself to his feet and strode the short distance to where she’d laid out her blanket. A basket of food sat upon it, along with her corset, gown, and boots, all carefully folded into a neat little pile. She’d meant to make a day of it. There was a book and a flask of Aunt Charlotte’s freshly made lemonade waiting for her. She’d planned to let her hair and underclothes dry in the sun. But now…

Now she sat shivering on the bank, vulnerable and increasingly embarrassed by her state of undress. Her eyes followed her rescuer as he bent to retrieve her clothes. He walked them back to her, coming only close enough to toss her folded dress and corset onto the grass at her side. He turned away again without meeting her eyes.

Laura swept up her corset. It was old and worn. Quite useless, really. She scarcely had to inhale as she fastened the metal hooks of the busk. When she’d finished, she shook out her skirts and stepped into them. She hadn’t worn any petticoats, and she certainly hadn’t bothered to wear a crinoline, or even stockings. The resulting ensemble was eminently practical. It was also thoroughly indecent by any standard.

“How did you find me here?” she asked as she buttoned up her bodice. “There’s no possible way to see the pond from the road.”

“My horse bolted into the woods,” he said, still refusing to look at her.

If she had an ounce of sense, she would have bolted, too, leaving her blanket and basket far behind her. But her lungs weren’t likely to support such an effort. Not after she’d already taxed them to the limit.

Besides, she didn’t run from anything.

In her experience, it was a far more effective strategy to control one’s fear. To refrain from escalating a fraught situation by continuing to act as normally as possible.

As normally as one could act when one’s hair was festooned with frog spawn.

She fluffed out her skirts to no avail. They clung to her wet drawers and legs. “I’m as decent as I can be. If it makes you blush, you’d better leave.”

He cast her a cautious glance over his shoulder. “I’m not blushing.”

“No?” She walked past him to sink down onto her blanket. Modesty was impossible in such circumstances, but she made a creditable effort. Tilting onto her hip, she drew her knees up alongside her, tucking her bare feet beneath the pooling fabric of her skirts. When she was satisfied that her limbs were well covered, she opened the wicker hamper and, after a moment spent rifling through its contents, withdrew a tortoiseshell comb.

Laura concentrated on working the rest of her hair loose from its plaits. It was free in a trice, spilling down past her shoulders in a very wet—and very tangled—ebony veil. She drew a lock between her fingers and began to comb it as she waited for her rescuer to elaborate. He said not a word. “Well?” she prompted.

“Why were you doing that?” he asked abruptly.

“Holding your breath under the water.”

Her hand stilled on her comb. “I told you. I was strengthening my lungs.”

She had to stop herself from telling him. He was a stranger, for heaven’s sake, not her friend. “It’s no concern of yours, sir.”

He huffed. “Of course not.” He walked a few steps across the clearing, pausing to rake a hand through his damp hair. “Will you permit me to see you home?”

“Why should you wish to? I’m in perfectly good health.”

“To what? Defend myself from strangers? I’m a little wet, that’s all.” She paused before adding, “Until you, no man has ever accosted me in these woods.”

He turned to face her. “I meant no disrespect. I—”

“Yes, I know. You only meant to rescue me. But I need no rescuing, as you see.”

“No, indeed.” His chest rose and fell on a deep breath. “I overreacted.”

Laura lowered her comb. She realized, for the first time, that her rescuer looked more than a little shaken. He was white about the mouth. And his hands were trembling. “There’s been no harm done.”

“No? I’m glad to hear it.” His mouth hitched in a brief, wry smile that didn’t reach his eyes. “I’ll bid you good day, then, before I compound my crime.”

She blinked up at him. But she didn’t dare ask what he meant. She was scarcely managing to keep her countenance as it was. “Good day to you, sir.”

And then he was gone.

« Return to A Convenient Fiction