The Artistry of the Victorian Eyebrow 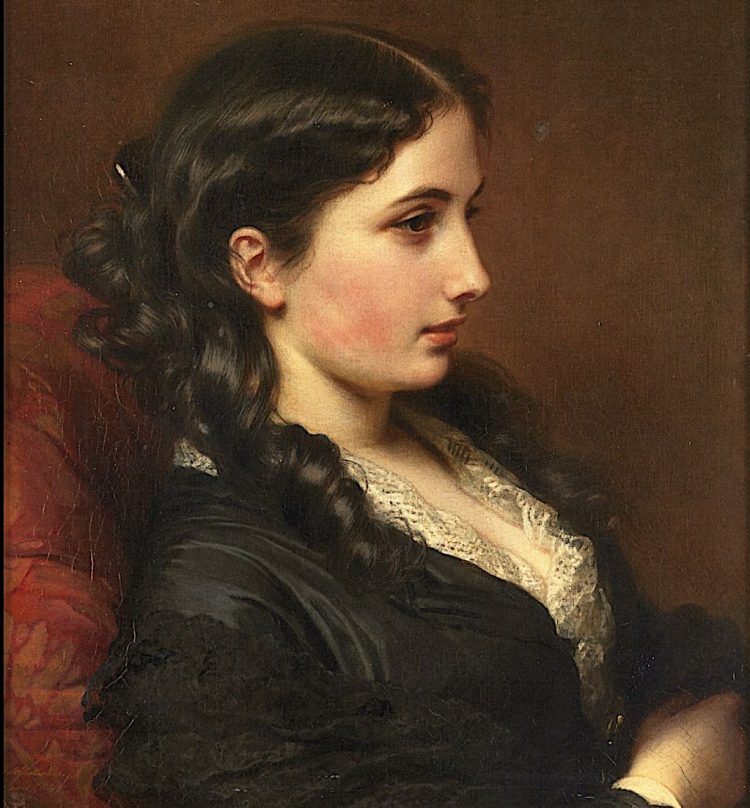 Study of a Girl in Profile by Franz Xaver Winterhalter, 1862.

During the Victorian era, some believed that the shape and symmetry of a lady’s brows were indicative of not only her beauty but her character. In his book Personal Beauty (1870), Dr. Daniel Brinton states:

“Eyebrows are very significant of character and emotion. The Latin writer Pliny supposed that a portion of the soul had its dwelling there, and the German historian Herder says that the arched eyebrow is the rainbow of peace, but when contracted it is the strung bow of strife.”

Similarly elevated sentiments can be found in The Culture of Beauty, with Hints as to Character (1877), wherein Dr. Thomas Sozinskey writes:

“No feature does more to better or spoil the tout ensemble of the face than the eyebrow; and it is also very expressive of disposition. Let it be well marked, but proportionate in size and gracefully arched, and it is as the rainbow in the sky,—a beautiful as well as a beautifying thing, and a sign of hope; but let it be shaggy, unshapely, and hanging, and we can liken it to nothing but a jetty cliff, ugly, disfiguring, threatening.”

So, what was a Victorian lady to do when nature blessed her with less-than-desirable brows? Beauty books and manuals of the day were filled with advice.

**Author’s Note: The Victorian era was a period of more than sixty years. During that time, there was no single ideal of beauty. For this article, I’ve focused on advice from the 1870s and 1880s.

When it came to a lady’s brows, the first consideration was the shape. According to Brinton, the eyebrow must be “moderately thick, especially at the inner third,” with the outer third “tapering to a point.” As far as the arch—or lack of it—advice tended to differ. Some beauty books of the era advocated a straight, level brow. For example, Sylvia’s Book of the Toilet (1881) asserts:

“There is a peculiar charm about ‘level brows, when nothing sinister is conveyed by the expression. They give a look of intenseness and earnestness to the glance that is pleasant to the beholder, whereas arched eyebrows convey only an idea of childlike innocence and wonder that is very often belied by the expression of the rest of the face.” 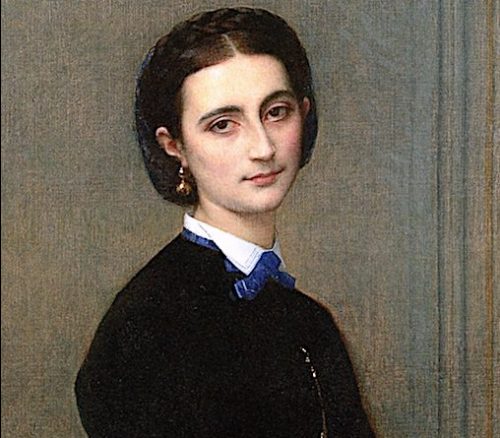 Most beauty advice, however, erred on the side of the arched brow. In The Art of Beauty (1876), Marie Bayard states that “the beauty of the eyebrows is said to consist in their being arched.” Similarly, Sozinskey says that, when it came to eyebrows, arches were preferred—whether those arches be up, down, or “crescentic” in shape. He writes:

These lines not only speak to the shape of a brow, they reference the placement of the brows on the face—just commingling, just dividing. Meaning that, though brows should ideally be fairly close together, they should not join at the middle in a unibrow. 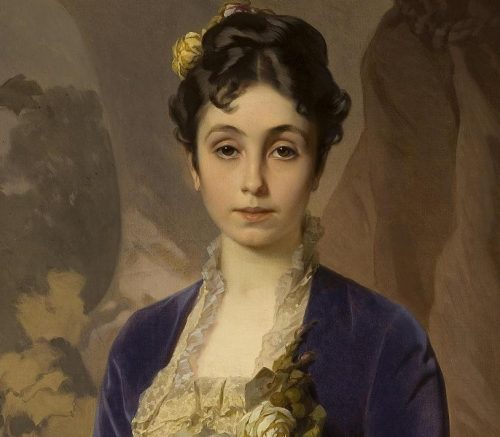 This idea is repeated in countless Victorian beauty books. Sylvia’s Book of the Toilet states that “the popular idea is that the eyebrows should not meet,” explaining:

“When they meet over the nose, and are at the same time of a thick growth they frequently impart to the countenance an expression of ill-temper, occasionally even of ferocity…”

How close together should the brows be? This isn’t specified to an exact degree, however, Sozinskey states:

“There should be more or less of an interspace between the eyebrows free from hair, and the larger the space the larger the mind, other things being equal.”

But beware of leaving too much space between the brows! Just as too-close-together brows denoted negative character traits, so too did brows that were set too far apart.

“Much space and bagginess between the eyebrows and the eyes are ugly, and are generally met with in shallow persons of dissolute tastes.”

It’s worth noting that brows that were set close together weren’t deemed unattractive in every culture. Brinton acknowledges this, writing:

“In some persons the eyebrows join above the nose. According to Goethe, this is indicative of a sensuous nature. It impresses one disagreeably, as it gives the appearance of a perpetual frown. Nevertheless, there are some nations, the Turks and Moors, for instance, who esteem it a beauty.”

Victorian beauty standards decreed that, in color, a lady’s brows should be very nearly the same shade as her hair. Sozinskey claims:

“The defect in the color of the eyebrows in the great majority of cases is in the direction of lightness.”

Sylvia’s Book of the Toilet echoes this sentiment, stating that “beauty suffers greatly from the absence of distinctly marked brows.” This was especially true in the case of very fair blondes whose brows could be “thin and colourless.” 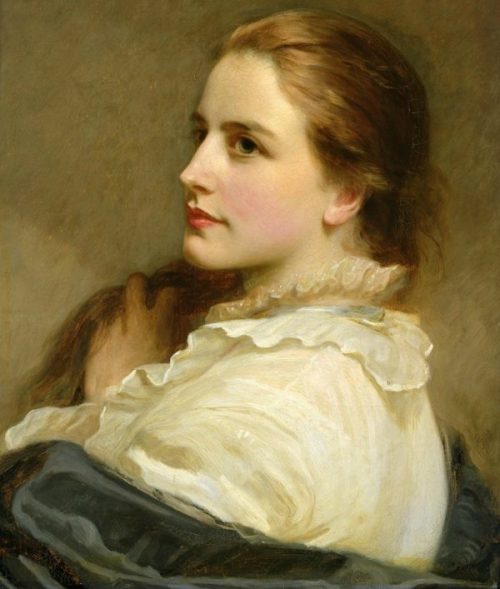 To remedy this defect, there were countless recipes for homemade dyes. Bayard advises using elderberries and burnt cloves. While both Sozinskey and Sylvia’s Book of the Toilet recommend a solution of walnut bark:

“Walnut bark, steeped for a week in Eau de Cologne, gives a dye that is transient, but can be easily applied every day with a camel hair brush, takes instant effect, and cannot possibly do any harm.”

Another equally harmless option was to use the water in which “potatoes have been boiled in their skins.” This could be used as a dye for both the hair and eyebrows.

For those who wished to use something less permanent than dye, Brinton mentions darkening the brows with “a pencil of dark pomatum.” He also suggests using:

“…a needle smoked over the flame of a candle, which is equally innocent, but less permanent.”

Like with anything beauty-related, the above advice should be taken with a grain of salt. Popular beauty standards are always changing—thank goodness. Ultimately the shape, color, and placement of your brows is a matter of personal choice.

*For more on nineteenth century beauty, check out my archives! Here are just a few of the articles you can find there:

Brinton, Daniel Garrison. Personal Beauty: How to Cultivate and Preserve it in Accordance with the Laws of Good Health. Springfield: W. J. Holland, 1870.

Sozinskey, Thomas S. Personal Appearance and the Culture of Beauty, with Hints as to Character. Philadelphia: Allen, Lane & Scott, 1877.

Home  »  Blog  »  The Artistry of the Victorian Eyebrow