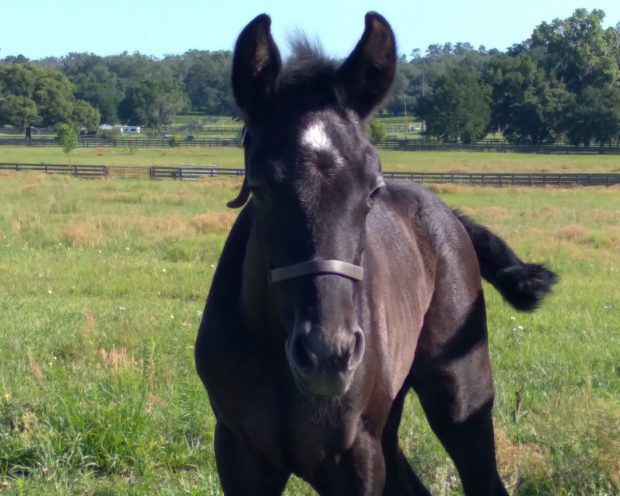 As most of you know, I recently lost my Andalusian gelding Centelleo to colic. Though he’d retired from his dressage career, and though my neck injury prevents me from riding like I used to, as long as he was alive, he served as a beacon of hopefulness for me. When he died, it was as though a light went out in my world and everything was suddenly in darkness. When I told my parents this, they very reasonably advised me to “light another light.” And so I have. Please welcome to the world my new Andalusian filly, Asteria.

Asteria was born in the early hours of May 2nd. She’s named after the Titan goddess of falling stars. Her name means “starry one,” which I think is very apt considering her beauty, temperament, and stellar pedigree. She’s the granddaughter of the world famous Spanish stallion Indiano XVIII (known as The Lion of Spain). Her bloodlines are almost 100% Cartujano, the purest strain of the Andalusian breed.

Like most gray Andalusians, Asteria was born black. Her color will change a lot over the next few years, going through various shades of dappled gray before eventually becoming pure white around the age of seven or eight. 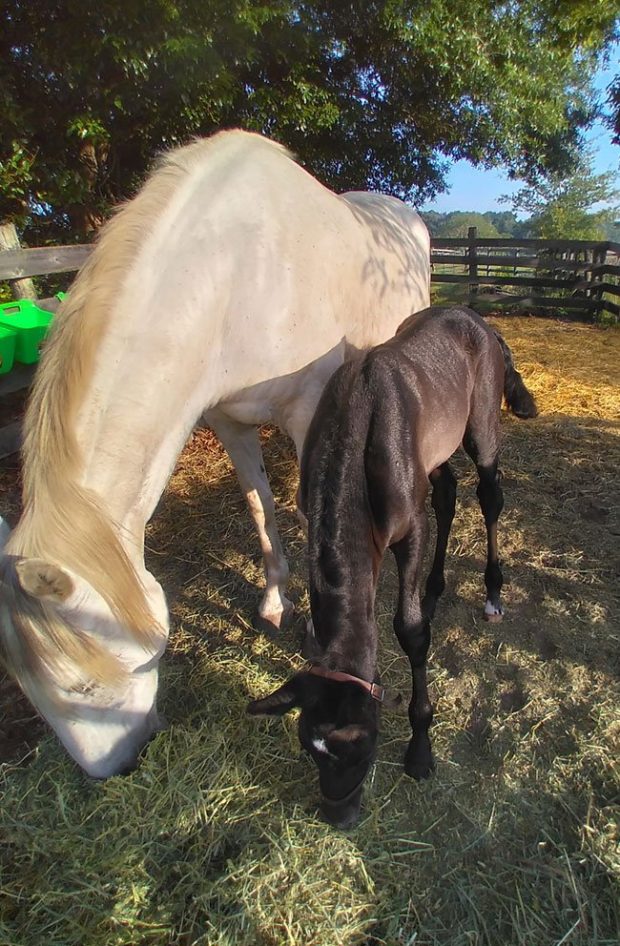 Asteria at two-days-old, with her dam, Emotiva.
© Mimi Matthews

Asteria will be spending the next year with her dam, and with the rest of this spring’s foal crop, on a beautiful Andalusian farm in Ocala, Florida. Next spring, when she’s big enough and strong enough to make the cross-country journey, she’ll fly home to me in California. 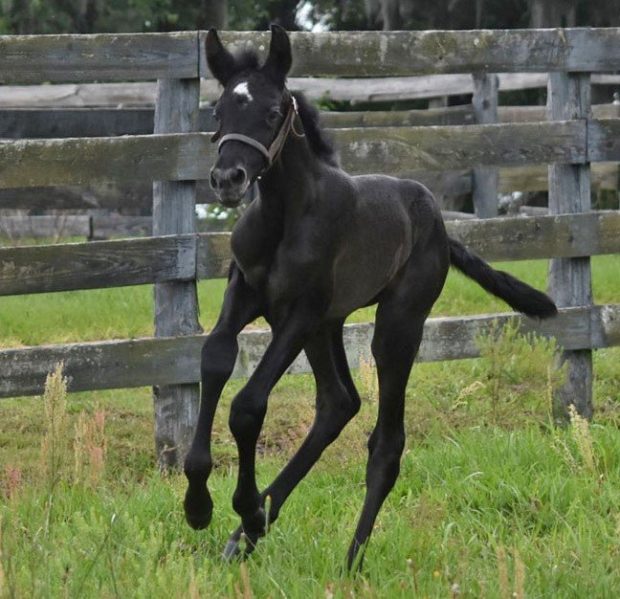 Asteria has some pretty big Andalusian horse shoes to fill, but she’s well on her way. She already means so much to me. I’ll keep you all updated in my newsletter on how she grows up! If you haven’t subscribed yet, you can do so HERE.