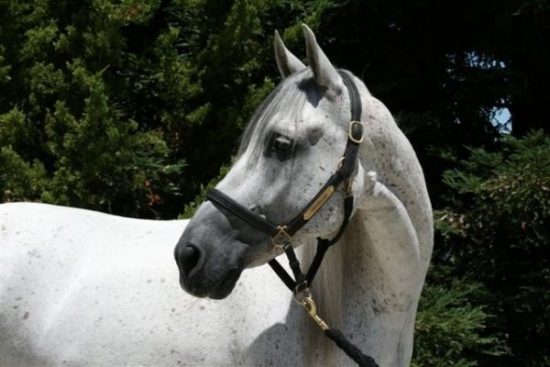 As some of you know, my Andalusian gelding, Centelleo, recently passed away from complications due to colic. It’s been nearly a month now, and though the grief is still fresh, I thought I’d write a bit about our life together to honor his passing.

I’ve had horses since I was six, and have been riding dressage since I was in my teens. Eventually, it was time to think about getting a competition horse. Back then, I had the good fortune to be in training with the legendary high school dressage exhibition rider David Jay. Some of you might be familiar with David from the opening number of the movie Hair (1979) where he performs high school (haute école) movements on a big gray Andalusian. David was also known for being the head trainer at Medieval Times.

I was so lucky to know David during the years he had a farm in Northern California, and even luckier that—when it came time to buy my own Andalusian—David was there to choose the right horse for me. When David first saw the video of a two-year-old Centelleo, he said “if you don’t buy him, I will.” It was all the encouragement I needed. 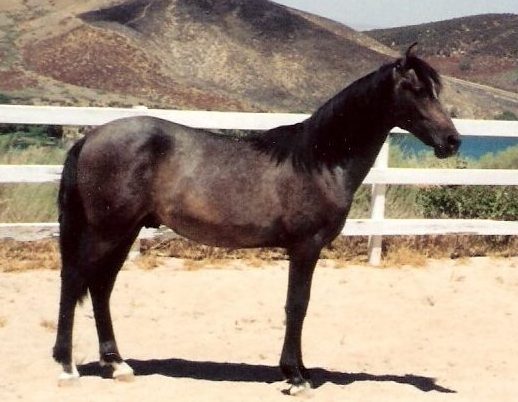 Centelleo as a yearling.
© Mimi Matthews

Centelleo (pronounced sin-TAY-o) arrived in 2001, not long after being gelded. He was huge for his age, with a thickly arched neck and lush mane and tail. Gray Andalusians are born dark and usually lighten every year until they’re completely white (around nine or ten years old). During the nineteen years I had him, Centelleo went from charcoal gray to dappled silver to flea-bitten and then to pure white. 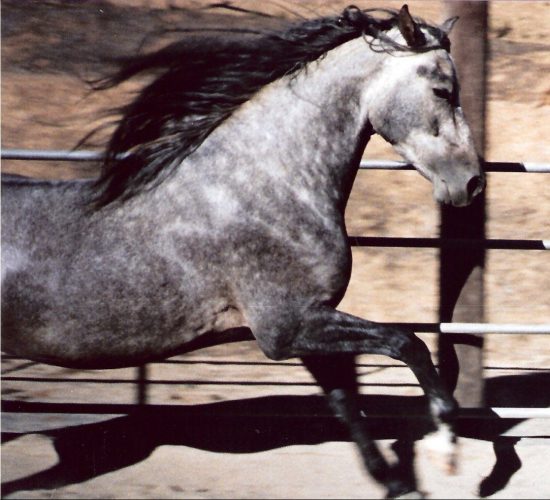 At only two-years-old, Centelleo was still very much a baby. I bonded with him for the first year, and then, when he turned three, he began his training under saddle. By the next year, I was showing him. 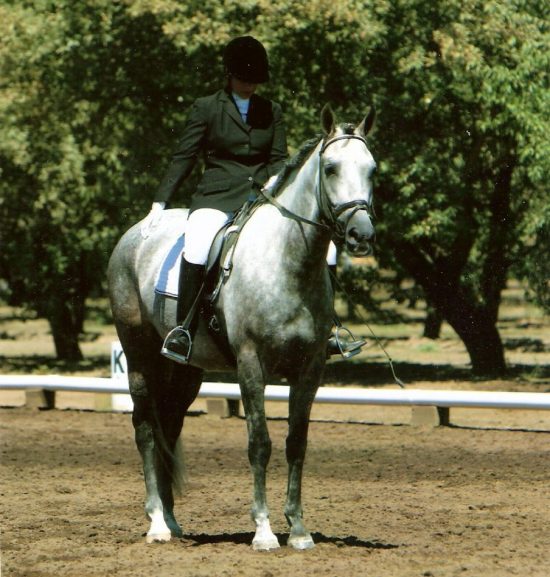 For me, these were some of the most precious years. It was before all of my cervical spine surgeries, when I was still young and felt (relatively) invincible. 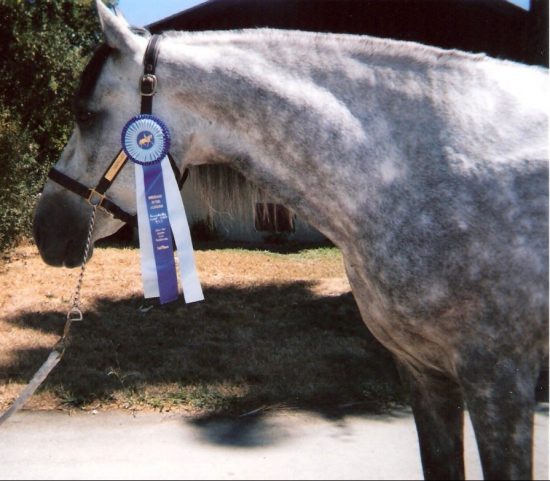 Centelleo always whinnied when he saw my car pulling up the drive of the stables. He was a loving horse, but a proud one. If I missed a day of riding, he could be a brat. But when I hugged him or played tag with him in his paddock, he was always sweet and affectionate. He loved apples, carrots, hot bran mashes, pears, and even watermelons on occasion (with which he would make a big sticky mess). 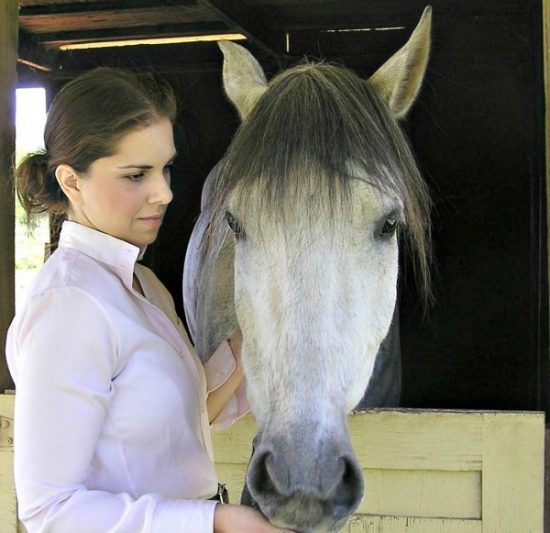 Mimi and Centelleo after a ride.
© Mimi Matthews

Centelleo and I had many adventures together, both in the ring and out of it. In addition to his dressage talent, he was an amazing trail horse. We spent countless hours together riding in the foothills of Mt. Diablo. We also trailered out for lessons with some amazing trainers, including USDF Gold Medalists Carolyn Adams and Christiane Noelting. 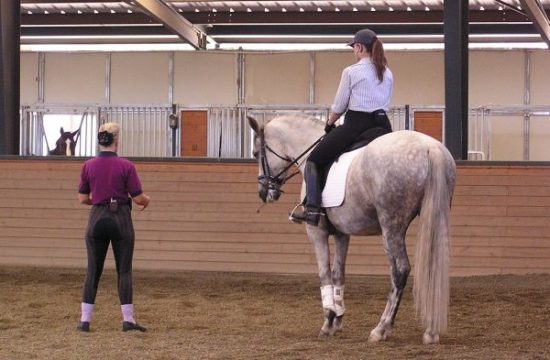 By that point, David had sold his place in California and moved to be closer to the Medieval Times farm. I worked with a local trainer for a while, but when I started law school, I knew it was time for Centelleo to begin his dressage training in earnest. 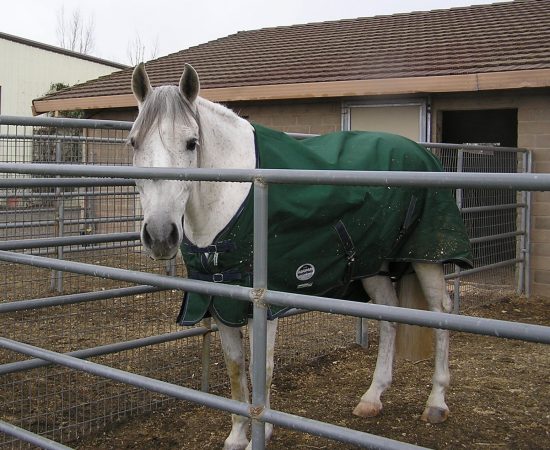 That winter, I moved him to the Christiane Noelting Dressage Center (CNDC). Under Christiane’s guidance, Centelleo fulfilled all of his dressage potential. After my first cervical spine surgery, I was no longer able to compete Centelleo myself. Instead, he was shown by various assistant trainers—brilliant riders with loads of experience. He was even shown by Christiane herself (quite an honor!). 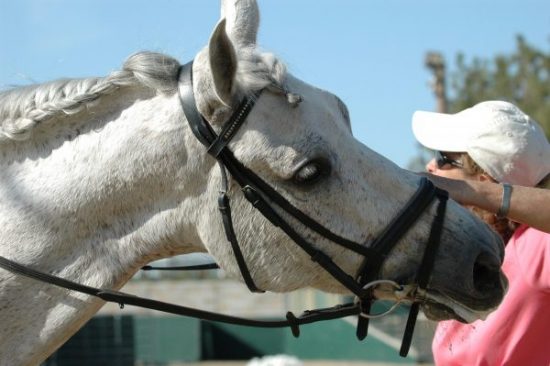 Centelleo quickly ascended through the levels, eventually reaching all the way to Prix St. Georges. I continued riding him myself, too. While studying for the bar exam, I would go out to the barn several times a week. Somedays Centelleo and I had a lesson with Christiane or with assistant trainer, Kristin Mills. Other days we rode out on the gallop trail with friends. There’s nothing better for your spirit than being at the barn with your horse. 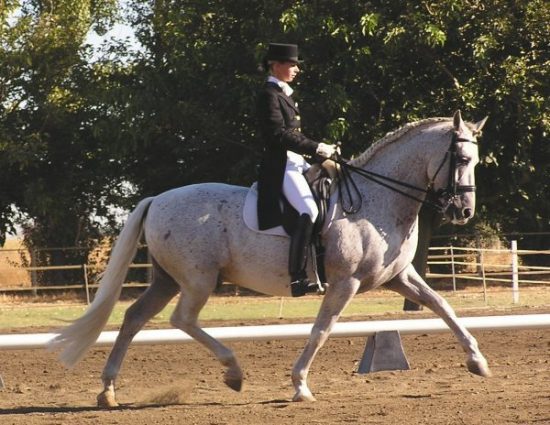 Years later, after my cervical fusion broke, I initially believed there was still a chance I might ride again. When it became clear that this wouldn’t be possible, I made the decision to retire Centelleo from competition and training. He was in his teens by that point and had more than earned a life of leisure. He spent the next few years enjoying a happy retirement in a modified herd environment with an open barn. 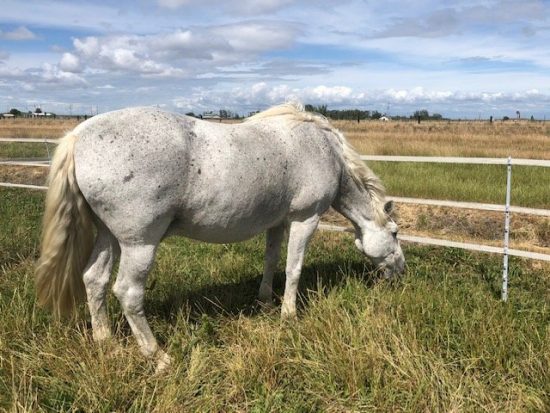 This last year, Centelleo developed some health issues, so we moved him back to a private stall inside, with monitored exercise. Despite his various old-age related ailments, I had every reason to believe he would live to be thirty. But that wasn’t meant to be.

Centelleo started to colic the morning of February 15th. He was taken to UC Davis almost immediately. By that same evening, he was gone. 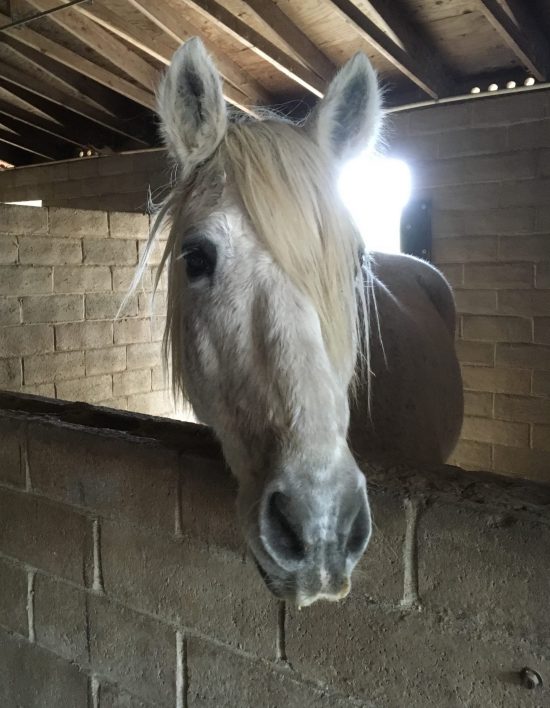 Centelleo was more than a horse to me. He was my friend, my partner, and a continual inspiration to me in my writing. The day he passed, I was working on edits for my next book, The Siren of Sussex (coming in 2022 from Berkley/Penguin Random House), a novel that features an equestrienne heroine and her beautiful Andalusian dressage horse. Finishing that story has been bittersweet. I only hope that, in describing the relationship between the heroine and her horse, I do justice to the wonderful relationship I had with my own.

Yesterday, Centelleo’s ashes arrived home in a pine box. It really feels like the end of an era. But it’s not the end of my life with Andalusian horses. I’ll write more about that soon. In the meanwhile, thank you all for your kind emails and social media messages. I can’t express how much your condolences have meant to me during this difficult time.

USA Today bestselling author Mimi Matthews writes both historical nonfiction and award-winning proper Victorian romances. Her novels have received starred reviews in Publishers Weekly, Library Journal, Booklist, and Kirkus, and her articles have been featured on the Victorian Web, the Journal of Victorian Culture, and in syndication at BUST Magazine. In her other life, Mimi is an attorney. She resides in California with her family, which includes a retired Andalusian dressage horse, a Sheltie, and two Siamese cats.