It’s release week for Fair as a Star, and I’m thrilled to share it with one of my favorite historical fiction authors, the brilliant Clarissa Harwood. Clarissa’s book Bear No Malice is being released this week in paperback. To celebrate, she’s here with a special interview and giveaway!

Set in the Edwardian era, Bear No Malice is a deeply moving story of hardship, love, and redemption. It features a heroine with a mysterious past and a handsome clergyman hero with a tumultuous past of his own. Clarissa writes with elegance and emotion, making her characters come alive—and making Bear No Malice one of the best books I’ve read this year. 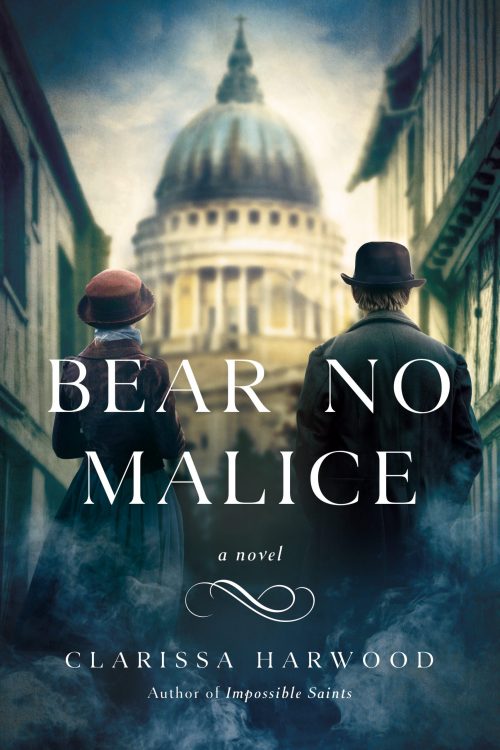 Great Expectations meets Grantchester in this story of love and lies, secrets and second chances, set in Edwardian England.

Beaten and left for dead in the English countryside, clergyman and reformer Tom Cross is rescued and nursed back to health by Miranda and Simon Thorne, reclusive siblings who seem to have as many secrets as he does. Tom has spent years helping the downtrodden in London while lying to everyone he meets, but now he’s forced to slow down and confront his unexamined life.

Miranda, a skilled artist, is haunted by her painful past and unable to imagine a future. Tom is a welcome distraction from her troubles, but she’s determined to relegate him to her fantasy world, sensing that any real relationship with him would be more trouble than it’s worth. Besides, she has sworn to remain devoted to someone she’s left behind.

When Tom returns to London, his life begins to unravel as he faces the consequences of both his affair with a married woman and his abusive childhood. When his secrets catch up with him and his reputation is destroyed, he realizes that Miranda is the only person he trusts with the truth. What he doesn’t realize is that even if she believes him and returns his feelings, he can’t free her from the shackles of her past.

We both write about the Victorian era. Why does that period intrigue you so much? Could you see yourself writing about different historical periods?

I was drawn to the Victorian era as a child and no longer remember what first sparked my interest, but I know I was fascinated by the clothing, the customs, and the way people, especially the women, were restricted by the many social rules. Most of all, the literature of the period really resonated with me. The language is so beautiful and just different enough from modern English to be intriguing, and I could relate very well to the struggles and experiences expressed by Victorian authors. This fascination led to my becoming an English Lit major and continuing my studies in graduate school.

I first ventured out of the Victorian era reluctantly when my agent read an early draft of Impossible Saints and suggested that Lilia’s fight for women’s rights would fit better in the first decade of the 20th century than it did at the end of the 19th. I’ve written here about what I learned from making that shift. And I’m now working on two new novels that are set at least in part later in the 20th century (the ‘30s and the ‘60s). It’s scary but also exciting to move out of my comfort zone!

Why are you drawn to English vicar heroes?

As someone who grew up in the church, I found it natural to consider a church leader heroic, despite less-than-impressive real-life examples. And when I was writing both Impossible Saints and Bear No Malice, I was on a mission to represent priests and people of faith in general as realistically both good and flawed. At the time I had read too many too-good-to-be-true Christians in inspirational fiction and, on the other end of the spectrum, too many villainous pastors and priests in mainstream fiction, so I wanted to find a middle ground, to represent what I see as the truth about people of faith: good people who make mistakes.

I intended to keep priests and pastors out of the novel I’m currently working on, but recently an Anglican priest popped up as an important character in the story! (He’s a real-life historical figure who would likely have known my protagonist.)

We are both very character-driven authors: how do you make your protagonists so deeply layered and psychologically realistic?

When I begin work on a new novel, I always start with characters. Not until I feel I know them well enough to predict what they’d do in almost any situation do I work out the plot and specific setting. I also rely on my beta readers to tell me when my characters are acting out of character! As a reader, I’m very character driven as well. If I find the protagonist intriguing, I don’t care about the plot or setting: I’ll follow him or her anywhere, and that’s what I aspire to make readers feel with my novels. 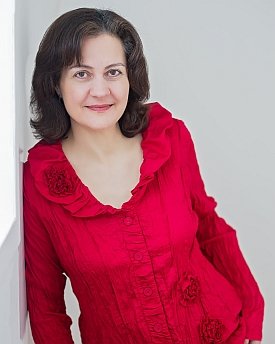 Clarissa Harwood holds a PhD in English Literature with a specialization in Nineteenth-Century British Literature. In addition to being a book reviewer and proud member of the Historical Novel Society, Clarissa is a part-time university instructor and full-time grammar nerd who loves to explain the difference between restrictive and nonrestrictive clauses. She lives in Ontario, Canada, with her husband and four neurotic cats.

Where to Find Her:

For a chance to win a free paperback copy of Bear No Malice, follow Clarissa’s Facebook or Twitter page. On Facebook, please leave a comment on Clarissa’s pinned post. On Twitter, please RT Clarissa’s pinned post announcing the paperback release of Bear No Malice. If you do both (FB and Twitter), you’ll earn two entries for the giveaway. The winner will be chosen randomly and announced at noon EDT on Monday, July 20. Open to residents of US and Canada.

**To read my interview and giveaway for Fair as a Star, visit Clarissa’s blog!

Previous Post
The Work of Art is a HOLT Medallion Winner!
Read More
Next Post
Interview with Rachel McMillan, author of The London Restoration
Read More