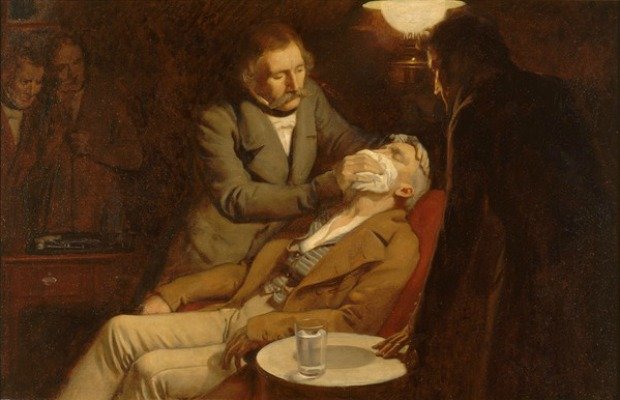 Derived from ethyl alcohol, ether was a sweet-smelling, colorless liquid that came into medical prominence in the nineteenth century. When vaporized and inhaled, it produced varying degrees of unconsciousness. First employed as a general anesthetic by American doctors in the 1840s, its popularity quickly spread to Victorian England. But ether wasn’t only used during surgeries. It was also used recreationally, as well as to address myriad calamities of life in ways that ranged from the mundane to the outright creepy.

The 1897 edition of A Manual of Medical Jurisprudence reports the case of a newlywed Victorian lady who went into hysterics whenever her husband tried to initiate sex. As a result, the consummation of their marriage was “long delayed.” According to the report:

“The difficulty was at length overcome by the administration of ether vapor. She recovered consciousness during the act of coitus, and there was no subsequent difficulty in intercourse.” 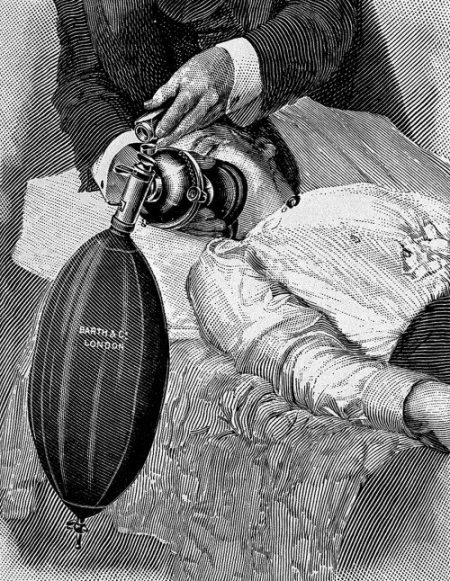 The administration of nitrous oxide and ether by means of Clover’s ether inhaler and Hewitt’s nitrous oxide stopcock.
(Wellcome Images, CC BY 4.0)

When inhaled in small amounts, ether had the same effect as nitrous oxide. It produced a brief sense of exhilaration which prompted many to use it recreationally. “Ether parties” and “ether frolics” came into fashion, wherein guests would sniff ether together to get high. In a report in the 1878 edition of the American Journal of Dental Science, a doctor by the name of P. A. Wilhite claims that during the 1830s:

“There was hardly ever a gathering of young people that did not wind up with an ether frolic…Some would laugh, some cry, some fight, and some dance, just as when nitrous oxide is inhaled.” 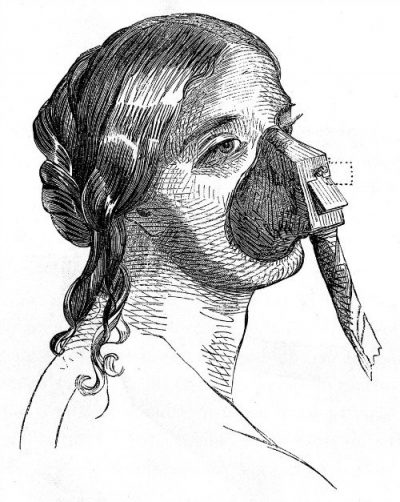 In addition to being used in its vaporized form, ether was also enjoyed as a liquid. It was both less expensive and more potent than alcohol. It was also extremely flammable. There are many reports of fires started by ether drinkers. But that wasn’t the worst of it. An ether drinker’s breath could also become flammable. An 1878 edition of The Popular Science Monthly reports a case in which “the vapor of ether, in the breath of an ether-drinker, caught fire.” As the article states:

“The drinker, in this instance, was reported to be always taking ether, when one day, after swallowing a quantity, he went to light his pipe, and the fire caught his breath. A person near held the burning man down, and poured water quickly into his mouth by which the flame was put out, and no great harm was done.”

There’s no doubt that, when used to alleviate pain during surgery or childbirth, ether was a godsend to denizens of the nineteenth century. As for its other uses—whether recreational or, ahem, matrimonial—I’ll leave you to be the judge.