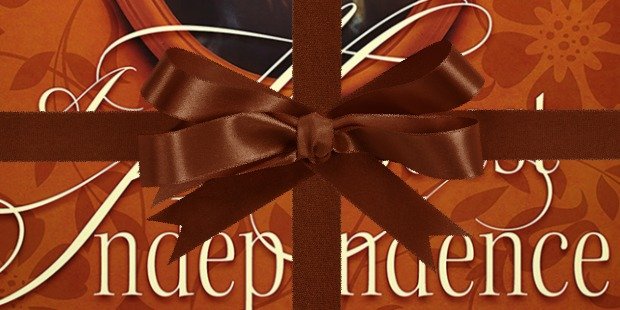 Today, I’m thrilled to reveal the cover for A Modest Independence, the next book in my Parish Orphans of Devon series! Since the story is set partially in India, the cover features shades of orange and spice, with an auburn-haired Jenny Holloway at its center gazing out over an Indian tea field. It was designed by James Egan. 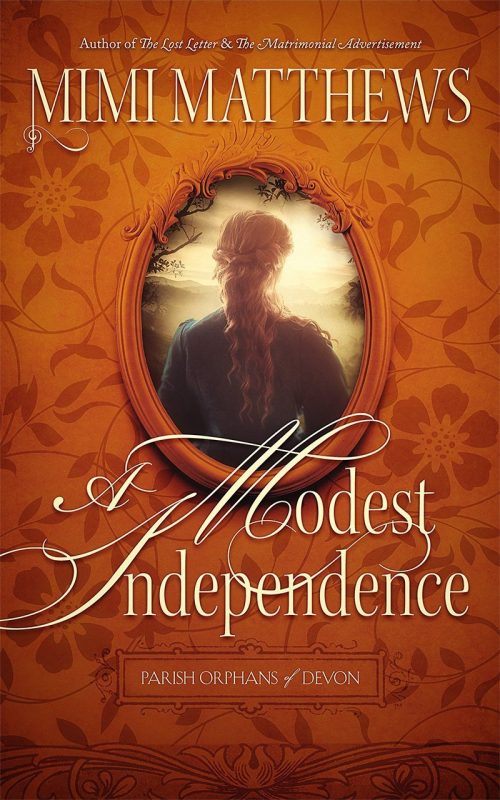 A Modest Independence will be out on April 23, 2019 in eBook and paperback. The eBook is now available for pre-order at the discounted price of $2.99. The price will go up closer to release. Don’t forget to add it to your Goodreads TBR list!

Former lady’s companion Jenny Holloway has just been given a modest independence. Now, all she wants is a bit of adventure. A chance to see the world and experience life far outside the restrictive limits of Victorian society. If only London solicitor Tom Finchley wasn’t holding the purse strings…
Find out More or Read an Excerpt

And if you haven’t yet read the first Parish Orphans of Devon book, The Matrimonial Advertisement, now’s your chance! The eBook is on sale from January 28-February 4 for only 99¢.

England, 1860. When ex-army captain Justin Thornhill places an advertisement for a wife, the mysterious lady who answers isn’t quite what he was expecting. Find out more or Read an excerpt

Praise for The Matrimonial Advertisement

“For this impressive Victorian romance, Matthews (The Viscount and the Vicar’s Daughter) crafts a tale that sparkles with chemistry…an excellent series launch that will appeal to fans of Loretta Chase and Stephanie Laurens.” -Publishers Weekly

“Matthews’ (The Viscount and the Vicar’s Daughter) has a knack for creating slow-building chemistry and an intriguing plot with a social history twist.” –Library Journal

“An intriguing plot and a haunting setting leaves the reader immersed in this impressive series launch.” -Barnes & Noble (20 Favorite Indie Books of 2018)

How stunning, and how much I am looking forward to reading this book! Sighhhhhh

I can’t wait for you to read it! xx

Gorgeous cover,Mimi! Congratulations!
Looking forward to this next book! 😁

Thanks so much, Anne! I’m so excited for you to read it! xx