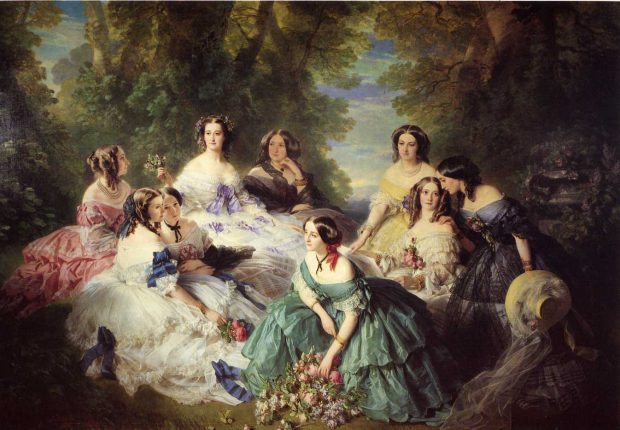 During the mid-nineteenth century, Empress Eugénie of France was the undisputed arbiter of Victorian fashion. When she appeared at a Paris theatre in 1853 with her fair hair dusted in glittering silver powder, the fashionable world sat up and took notice. Ladies—from the upper echelons of the haut ton to the minor ranks of country gentry—were quick to imitate her and it was not long before perfumers, like Eugène Rimmel of London, began advertising glittering hair powder for the masses “as worn by the Empress Eugénie and the elite of the French nobility.”

Hair powders were nothing particularly new. Indeed, that night at the theatre, five other ladies were similarly coiffed—the blonds with silver powder and the brunettes with gold. As the 1853 edition of the Ladies’ Companion and Monthly Magazine reports:

“There were five or six merveilleuses in gold and silver powder. It had a ravishing effect. They might have been called the Danae powdered by Jupiter.” 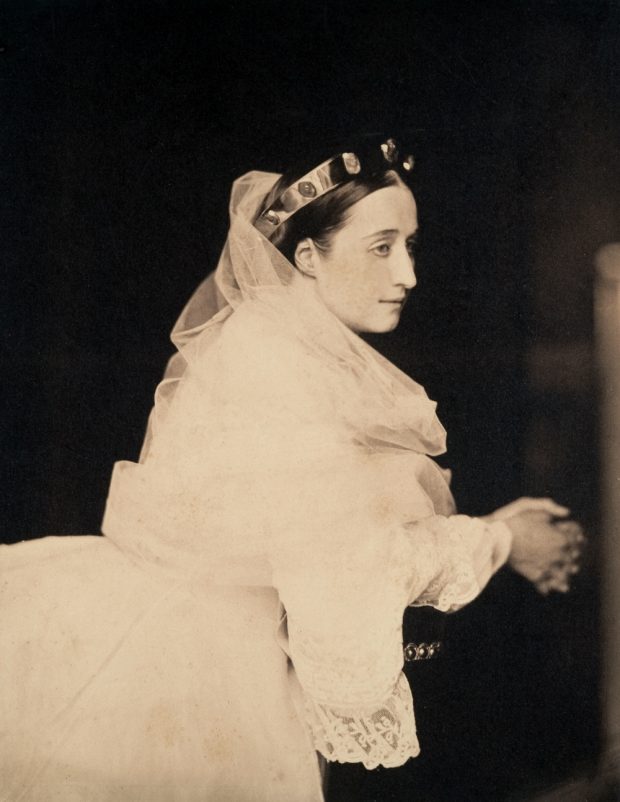 Eugénie, Empress of the French, photo by Gustave le Gray, 1856.

The best quality gold and silver powder was made of crushed gold or silver leaf. Of the two colors, gold was by far the most popular. Also known as poudre d’or, it could be applied to dry hair or to hair which had been very lightly spritzed (via an atomizer) with a weak solution of gum and water. When done right, the effect was quite dazzling. According to the 1857 edition of Punch:

“It produces generally the most captivating of effects and especially enhances the charms of the coiffure where the hair is light brown or of an auburn tint; to which it imparts that shining golden hue, which to the poetical observer, appears as though a sunbeam had been broken into bits, and scattered among the tresses.” 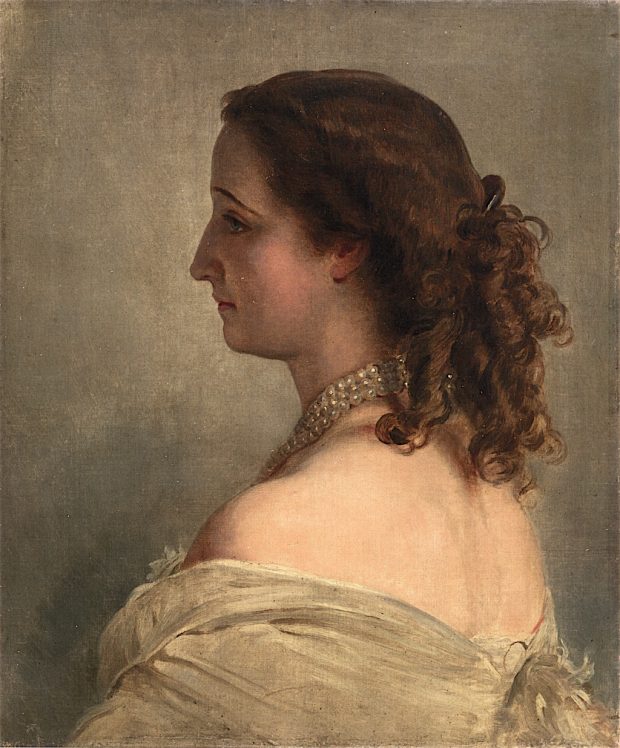 In the following years, golden hair powder only rose in popularity. Empress Eugénie is credited with keeping the fashion alive. As perfumer George Piesse explains in his 1891 edition of Piesse’s Art of Perfumery:

“Poudre d’or was first worn by Empress Eugénie, at the Festival of Boeuf Gras, 1860. Since then this pretty conceit, as the wave of fashion always does, has extended from its centre to the circle of all who pretend to move within its sphere.”

While expensive gold and silver leaf hair powder could dazzle, their cheaper counterparts often only succeeded in making a woman’s hair look dirty. Piesse reports that the common variety of golden hair powder (also known as “speckles”) was “nothing more than a coarse bronze powder.”

Along with the crinoline, hair powders were a bit of a nod to the fashionable styles of the 18th century. Both were brought back into fashion by the Empress Eugénie. Her unparalleled influence on women’s clothing and coiffures would continue until the end of the Second Empire—and of her reign—in 1871. To learn more about her, and about her influence on Victorian fashion, see my upcoming book A Victorian Lady’s Guide to Fashion and Beauty (coming in July from Pen and Sword Books)! Until then, I leave you with the following quote about golden hair powder from the 1853 edition of the Ladies’ Companion and Monthly Magazine:

“Political economists,” observes Mr. Rowland, “urge the adoption of this fashion, on the ground that we shall never know what to do with all the gold from California and Australia.”