In the Victorian era, a broken engagement was no small matter. If a gentleman jilted his fiancée, he risked doing untold damage to both her reputation and his own. Even so, if an engaged couple discovered that they were incompatible, Victorian era marriage manuals and books on etiquette strongly advised breaking the engagement rather than embarking on what would surely be a miserable marriage. As The New York Fashion Bazar Book of Etiquette (1887) explains:

“Although a broken engagement is something to deplore, and one wishes it never had been entered into without more knowledge of the habits and dispositions of the parties, yet it is not half so deplorable, sad, and lamentable as the miserable marriages which fill the divorce courts with petitioners for release from bondage.”

Instead, unhappy engaged persons were advised to simply “state the change” in their sentiments and “ask for a release from vows which never can be cemented by marriage.” Most etiquette books of the day recommend that this statement and request be made in a letter. According to Perfect Etiquette, Or How to Behave in Society (1877):

“The pen is mightier than the tongue in cases of this kind, for a person can express themselves far clearer and much better than by conversation.”

Writing a letter of this sort was a delicate business. Both ladies and gentlemen were advised to be frank but gentle. As far as making excuses or offering explanations, the advice differed according to sex. For example, when written by a lady, the letter need not even contain a reason for breaking the engagement. According to Social Life: Or, The Manners and Customs of Polite Society (1896),

“If the occasion should arise on the lady’s side, it must be remembered that she is not bound to declare any other reason than her own sweet will.” 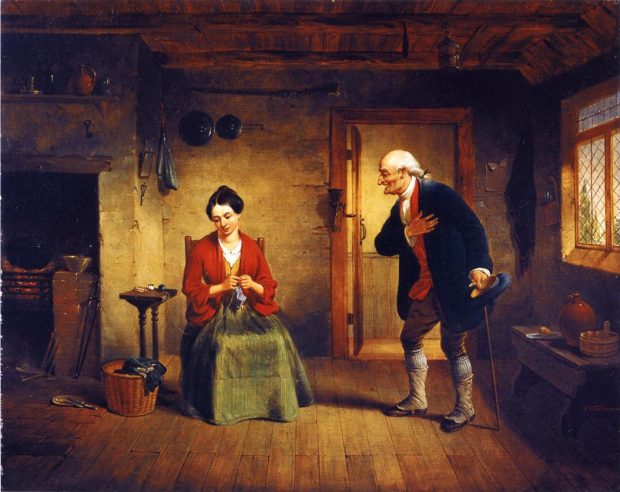 However, if the gentleman was the one breaking the engagement, etiquette demanded that his reasons “be strong, indeed.” This was owing to the fact that a man could do far more harm to a lady by breaking an engagement than she could to him. As Social Life explains:

“By thus releasing himself, he not unfrequently leaves the lady in an embarrassing position before the public, not to mention the possible injury that may be inflicted upon the deepest feelings of her heart.”

Along with the letter, Victorian ladies and gentlemen were advised to return all the gifts they had received from the other party during the course of their engagement. This included photos, love letters, locks of hair, and—without exception—the engagement ring. It was especially incumbent upon gentlemen to return anything that a lady may have “given or written him,” lest he risk exposing her to embarrassment, ridicule, or ruination.

The pain and embarrassment of returning gifts to an ex-fiance was one of the many reasons etiquette books, such as Gems of Deportment (1881), instructed ladies never to accept gifts from their betrothed except for “books, flowers, and such small testimonials as will not be remembered with regret, should the engagement ever be broken.” The less one received, the less one had to return when the relationship ended. 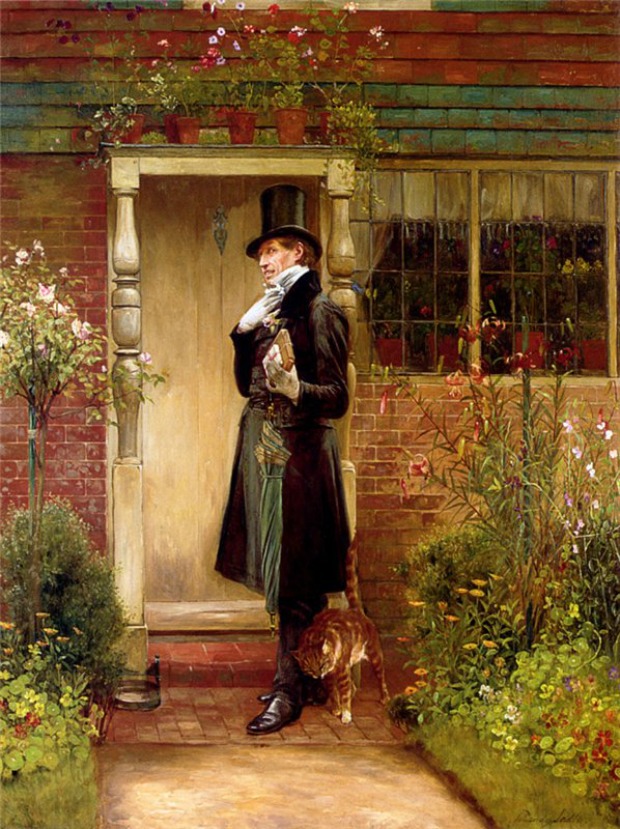 A lady or gentlemen on the receiving end of such a letter may well be heartbroken or even angry. They may, understandably, be tempted to write a pleading or furious letter in response. Etiquette books warned against such impulses. Instead, Perfect Etiquette (1877) recommends that:

“A letter of this kind should be answered in a calm manner; and unless it is morally certain that he or she is misinformed or greatly mistaken in their conclusions, do not try to change the decision.”

Did all well-to-do ladies and gentlemen follow this advice? The short answer is no. Some refused to accept a civilized end to their engagement. They declined to return gifts or rings. They wrote impassioned letters. They committed acts of violence or, otherwise, made public spectacles of themselves. Some even sued for breach of promise. I intend to focus on those cases in a later article. Until then, I leave you with this final bit of practical advice from The New York Fashion Bazar Book of Etiquette (1887):

“Far better, my fair friends, to break your engagement vows than to marry a man whom you cannot ‘love honor and obey’ after you are intimately acquainted with him. Far better, young men, to ask for a release from vows of love when they have been irksome and burdensome to endure. In truth, under such conditions, no right-minded man or woman would permit an engagement to remain unbroken, would dare utter the marriage vows, no matter what friends or foes may say about the affair.”

Previous Post
The Curious Case of Miss Schwich: A Victorian Girl in Boy’s Clothing
Read More
Next Post
Beauty and the Beast: From French Folklore to Victorian Romance
Read More

Home  »  Blog  »  The Etiquette of Broken Betrothals: Victorian Advice on Ending an Engagement