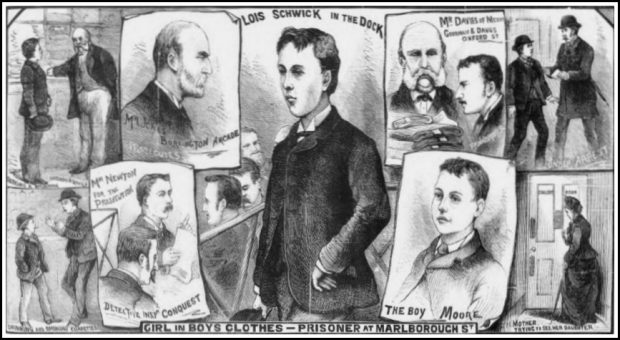 In the guise of a boy, Miss Schwich first applied for a position as an errand boy at Messrs. Goodman and Davis, a tailors in Oxford Street. The 21 October 1886 edition of the Yorkshire Post and Leeds Intelligencer reports that Miss Schwich told Mr. Goodman “she had never been in a situation before and that she was fifteen years of age.” Believing her to be a boy, Mr. Goodman hired her.

Miss Schwich was employed at Goodman and Davis for several months. During the course of her employment, many articles of clothing—valued between £60 and £80—went missing. Among these items were pairs of trousers and cloth which had been cut to make garments. Though Mr. Goodman didn’t initially report the theft to the authorities, he nevertheless dismissed Miss Schwich from his service. 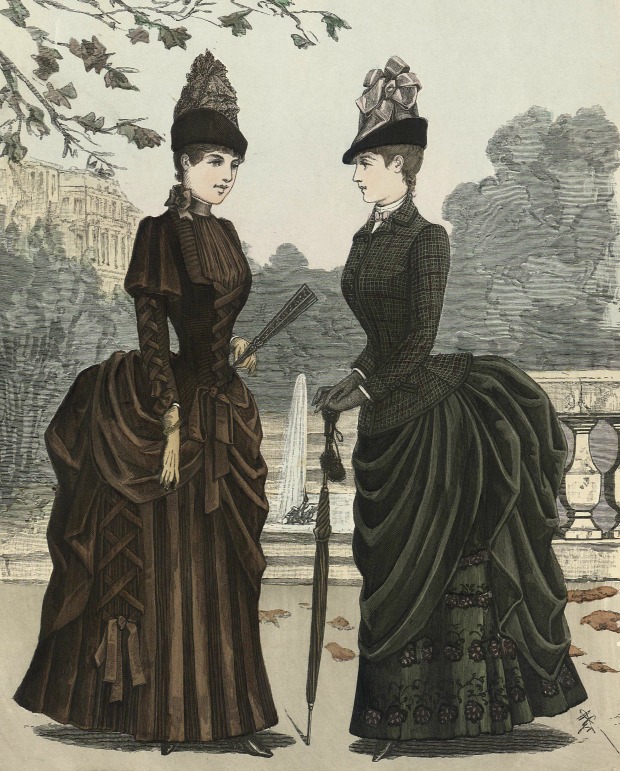 Miss Schwich next found employment as a male porter at the shop of Frederick Noble Jones, a glover in Burlington Arcade. Again, she was employed for several months, and again, her employer noticed that some of his goods—a total of £15 worth of boots, gloves, and handkerchiefs—began to disappear. Mr. Noble promptly turned Miss Schwich over to the police. She was ultimately arrested and, as the Yorkshire Post and Leeds Intelligencer relates:

“When her sex was discovered the magistrate thought it better that she should not be dressed as a woman until he had disposed of the case.”

The case of Miss Schwich garnered a significant amount of attention—and sympathy. Many people donated money to help her and her “starving” family. The 20 November 1886 edition of the Weekly Irish Times claims that “a clergyman of position” offered to marry her. And the Herts & Cambs Reporter & Royston Crow reports that an officer of the Royal Artillery “had such a strong belief” in Miss Schwich’s innocence that he was willing to stand surety for her appearance in court “even to the extent of £1000.”

Addressing the public fascination with Miss Schwich’s plight, an article in the Weekly Irish Times explains:

“We were desperately moved by the story of the handsome, well-educated maiden of 20, who in order to get bread for her starving mother, donned male attire, and thus disguised obtained a situation, wherein still driven by the same filial impulse, she collared certain coins and other articles, and was handed over to the law. How our sympathies went forth to this heroine, this lovely and devoted victim of a pitiless, social law…” 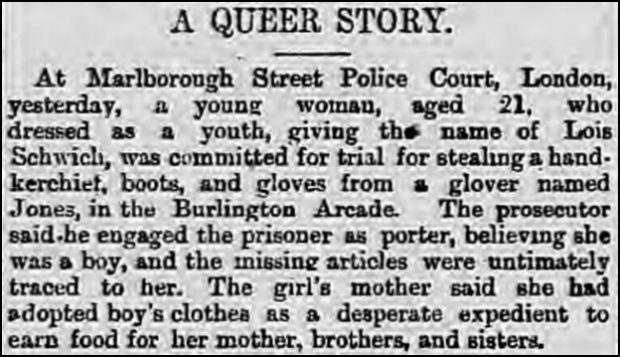 Unfortunately, a steady accumulation of evidence soon snuffed out the more romantic aspects of Miss Schwich’s tale. When searching the rooms she shared with her family, police found a large quantity of pawn tickets. These proved to be tickets for items that were stolen from her employers, including silk stockings and other items which were later identified in court. According to the Yorkshire Post and Leeds Intelligencer, the pawnbrokers testified that the articles in question had “in every instance” been pledged by a woman—presumably Miss Schwich in women’s clothing.

Further investigation, revealed evidence that Miss Schwich may have been using her male disguise to engage in theft for far longer than was originally thought. The 20 November 1886 edition of the Alcester Chronicle reports:

“The girl Lois Schwich, who assumed the habiliments of a lad and obtained a situation as an errand boy, turns out to be an offender known to the police…it is now stated that reasons exist for believing that ‘for years she had been pilfering,’ and that ‘the assumption of boy’s clothing was an old device.’”

Adding to that, a local vicar who claimed to know Miss Schwich’s family wrote to the press, revealing that Miss Schwich’s motivations for dressing as a boy were not as noble as she’d originally claimed. As the 16 October 1886 edition of the Globe states:

“The Rev. B. H. Alford writes from St. Luke’s Vicarage…It has also now come out that the girl in question has passed as ‘a nephew’ for four years or more. So it was no sudden freak of distress which led to concealment of sex; and as we have twice found employment recently for the sister Mary, the plea of disability of sex is scarcely valid.” 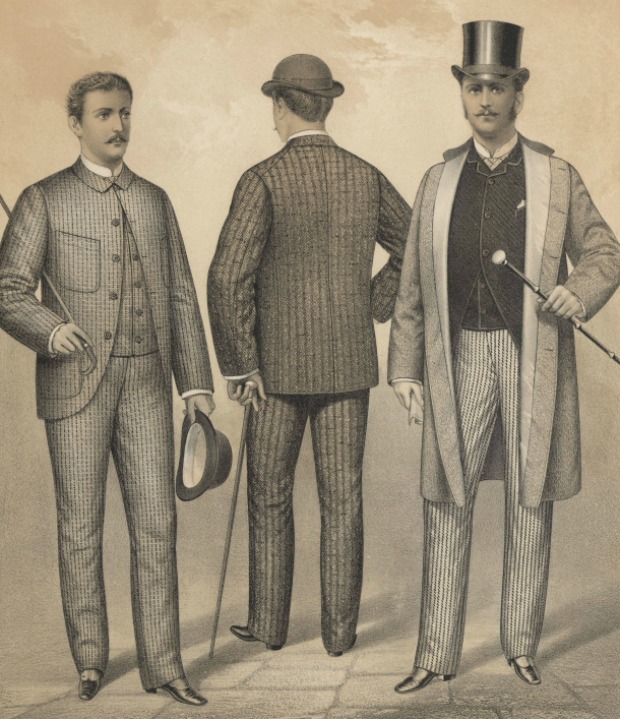 Even more damning—at least in the public view—was how Miss Schwich had comported herself outside of the workplace. While dressed in male clothing, Miss Schwich not only smoked cigarettes, but also went out drinking with her male friends. As a result of these revelations, the tide of public opinion turned swiftly against Miss Schwich, prompting the Weekly Irish Times to declare that:

“The romance of Lois Schwich came to an ignoble end on Saturday…Lois turns out a bad lot. Another illusion being blighted, we hold Lois responsible and nothing is now harsh enough to hurl at her.”

In the end, Lois Schwich was convicted of stealing £60 worth of goods from her employers. She was sentenced to eight months’ hard labour. Whether or not she resumed wearing men’s clothing after her release is unknown (at least, to this researcher), but I can’t help but wonder. Was her choice of attire truly only a means to gain employment or to commit a crime? Or did her decision to wear male clothing have more to do with her personal identity? As always, I’ll let you be the judge.