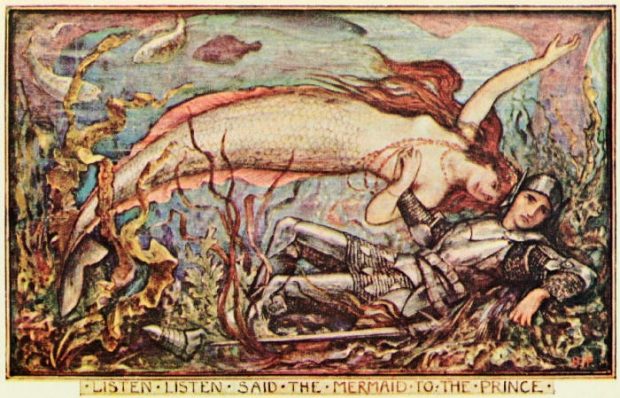 According to historians, tales of mermaids and mermen can be traced back to the Babylonian sea deities Oannes and Atargatis in 1000 BCE. Since then, mermaid folklore has appeared in every era and every culture, from ancient Greece to Victorian England. But mermaid lore was not limited to the realm of folklore and mythology. During the nineteenth century, mermaids appeared with some regularity in art, literature, and music. They also featured in the nineteenth century news, with both sailors and coastal residents reporting real life sightings of mermaids well into the Victorian era.

Most of these sightings were treated with skepticism, but some—such as the mermaid sightings near Thurso in 1809—were presented as established fact. As a September 8, 1809 edition of the Kentish Gazette reports:

“The existence of Mermaids, or Sea-women, (hitherto generally supposed to be fabulous) seems now to be established, by the evidence of the following copies of original letters, which were transmitted to a Gentleman in Sussex, by Sir John Sinclair, the principal person in the neighbourhood where the extraordinary creatures therein mentioned were seen.”

The first letter referenced in the Kentish Gazette was written by Miss Mackay, the daughter of Rev. D. Mackay, Minister of Reay in Scotland. In it, she describes how, while out walking with her cousin along the shore, her attention was caught by three people on a rock “shewing signs of terror and astonishment at something they saw in the water.” Miss Mackay and her cousin approached to see what all of the fuss was about. It was then that they saw a human face, neck, and arms floating in the waves. As the sun was shining and the creature was quite close to them, Miss Mackay was able to get a good look at its features. She writes:

“The face seemed plump and round, the eyes and nose were small, the former were of a light grey colour, and the mouth was large, and from the shape of the jawbone, which seemed straight, the face looked short…The forehead, nose, and chin were white, the whole side face of a bright pink colour. The head was exceedingly round and hair thick and long, of a grey oily cast, and appeared troublesome to it, the waves generally throwing it down over the face, it seemed to feel the annoyance, and as the waves retreated, with both its hands frequently threw back the hair and rubbed its throat, as if to remove any soiling it might have received from it.”

Miss Mackay goes on to describe the mermaid as having a slender white throat and long slender arms, with hands and fingers that were not webbed. She claims that she and her cousin, along with the three other bystanders, viewed the mermaid for over an hour from a distance of only a few yards. The letter is signed by both Miss Mackay and her cousin, Miss Mackenzie. 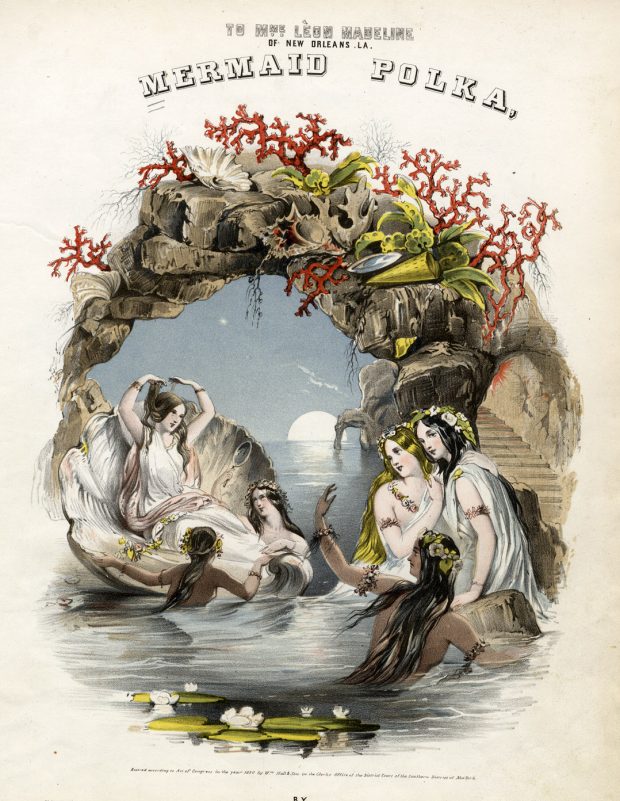 The second letter referenced in the Kentish Gazette was written by Mr. William Munro, a Schoolmaster from Thurso, who claims to have seen a mermaid in the same location twelve years earlier. At the time, Munro was walking on the shore of Sandside Bay when he saw what appeared to be a naked woman “sitting upon a rock extending into the sea, and apparently in the action of combing its hair.” The creature that Munro goes on to describe in his letter is very similar to the one encountered by Miss Mackay. He writes:

“The head was covered with hair of the colour above mentioned [light brown], and shaded on the crown, the forehead round, the face plump, the cheeks ruddy, the eyes blue, the mouth and lips of a natural form resembling those of a man, the teeth I could not discover as the mouth was shut; the breasts and abdomen, the arms and fingers of the size of a full grown body of the human species; the fingers, from the action in which the hands were employed, did not appear to be webbed, but as to this I am not positive.”

After a few minutes spent combing its hair, the mermaid caught sight of Munro. It then plunged back into the sea and disappeared. Munro claims that, if not for the treacherous location of the rock on which it had been perched, he might have thought it was a real woman. However, he also notes that many locals before him had claimed to have seen a mermaid in the waters at Sandside Bay. He had never believed their stories until seeing the mermaid for himself.

The early nineteenth century mermaid sightings near Thurso generated a great deal of public interest. Decades later, the accounts of Miss Mackay and Mr. Munro were still being cited as evidence that mermaids—or some variety of sea creature resembling a mermaid—really did exist. For those who required physical proof, the proprietors of freak shows and carnivals were only too happy to oblige. They exhibited various skeletons and mummified creatures throughout the nineteenth century, assuring the public that they were, in fact, the remains of actual mermaids.

In 1822, for example, thousands of people flocked to see the preserved corpse of a mermaid that was being exhibited in London. For the cost of only one shilling, they were given a glimpse of what turned out to be nothing more than the dried, stuffed skin of a monkey attached to a salmon that had been cut in half. These sorts of stuffed or mummified figures were often used to hoax the public. Some were known as “Japanese mermaids.” Reportedly made in Japan and brought back to England by sailors, they were comprised of a fish body and a monkey head and torso. In his 1883 book Sea Fables Explained, Henry Lee describes Japanese mermaids in detail, writing:

“The lower half of the body is made of the skin and scales of a fish of the carp family, and fastened on to this, so neatly that it is hardly possible to detect where the joint is made, is a wooden body, the ribs of which are so prominent that the poor mermaid has a miserable and half-starved appearance. The upper part of the body is in the attitude of a Sphinx, leaning upon its elbows and fore-arms. The arms are thin and scraggy, and the fingers attenuated and skeleton like. The nails are formed of small pieces of ivory or bone.”

Japanese mermaids helped to line the pockets of showmen like P. T. Barnum. His own “Feejee Mermaid”, which he claimed had been caught in a sailor’s net in the South Pacific, was exhibited in New York in 1843. The public arrived expecting to see the beautiful half-fish half-woman that Barnum had advertised in the papers. Instead, they were treated to the grim sight of a dead monkey sewn to a fish. 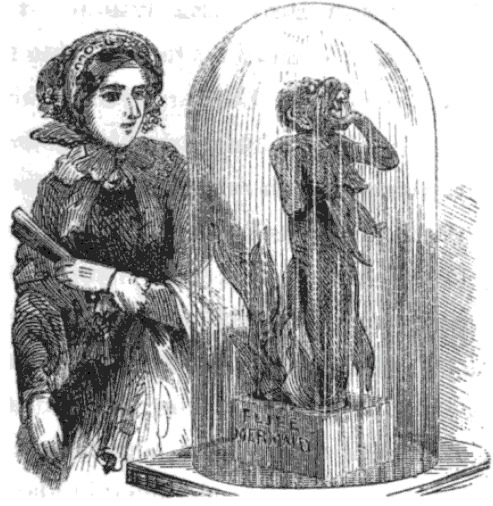 Hoaxes of this sort—while certainly disappointing—did little to dim the nineteenth century public’s fascination with mermaids. In her book Strange and Secret Peoples: Fairies and Victorian Consciousness, Carole Silver states that, after the 1837 publication of The Little Mermaid by Hans Christian Anderson, the idea of mermaid brides was particularly in vogue. The comic song “Married to a Mermaid” was published in 1863 and “The Mermaid of Zennor” —a Cornish folk tale in which a mermaid seduces a young man in the church choir — was first recorded in 1873. Mermaids also featured in the work of Victorian era writers like H. G. Welles and Henrik Ibsen, and in the paintings of prominent artists like Edward Burne-Jones and John William Waterhouse.

As for mermaids themselves, despite the persuasive first-hand accounts from the early nineteenth century, the progress of zoological science in the Victorian era slowly eroded any belief in their existence. By the end of the century, they were firmly relegated to the realms of myth and legend.

**Author’s Note: This article was originally published in April 2017 at the Folklore Thursday website.

Previous Post
How Much Scent is Too Much?—Victorian Advice for Ladies and Gentlemen
Read More
Next Post
Companion Dogs as Seers, Healers, and Fairy Steeds
Read More