If you’ve ever read a historical romance novel, you’ll likely be familiar with the oft-quoted belief that “reformed rakes make the best husbands.” This matrimonial maxim did not, however, originate in the world of Regency and Victorian fiction. In fact, when it came to marriage, many a nineteenth century lady firmly believed that a reformed rake was superior to other men. Not only was a rake more sexually experienced and (presumably) a better lover, but—after having sown his wild oats—a rake was believed to be more attentive to his business and more indulgent toward his wife.

The only difficulty lay in determining if and when a rake had truly left his rakish ways behind him. As author William Andrus Alcott explains in his 1853 Gift Book for Young Ladies:

“The old maxim— ‘a reformed rake makes the best husband,’ might be very well, but for one difficulty, which is that a rake is not very susceptible of being reformed.”

For example, in some cases a rake might appear to be reformed when he was really just tired from all of his raking. In her 1887 book What Women Should Know, Eliza Bisbee Duffey warns her readers that:

“What passes for reformation may be only a temporary satiety or physical exhaustion.” 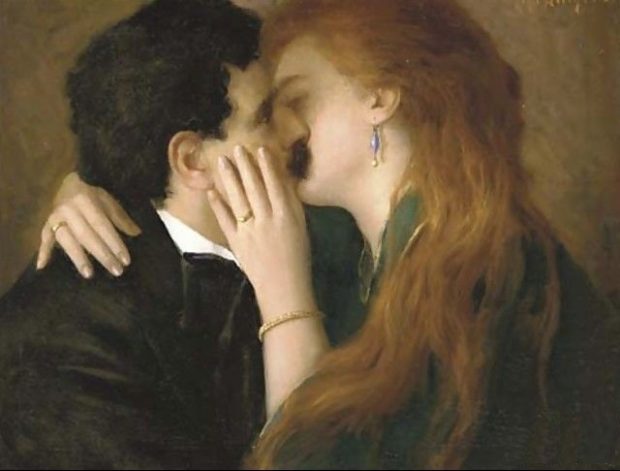 Though a case could certainly be made for marrying a rake, many Victorian era marriage manuals, medical journals, and religious tracts strongly advised women against taking such a risk. Marriage to a reformed rake could affect not only a woman’s future happiness, but also her health. In some cases it could even lead to her death. According to Duffey:

“A young man who has led a wild, dissipated life may have contracted the worst and most loathsome of diseases. This disease may be in abeyance at the time of his marriage, but it is liable at any time to show itself, and his wife is almost certain of contracting it by contagion.”

Expanding on this subject, an article in the 1878 edition of the Cincinnati Medical Advance warns of both the physical and moral harm a reformed rake might do to his innocent wife and their children. It asks:

“Will the reformed ‘rake’ be a better husband because his youth has been spent in the sink holes of a large city—in the society of prostitutes and their boon companions? Shall he hold the pearl of great price, the heart of a pure woman, in the hand soiled by familiar contact with the very dregs of humanity? Will he be kinder, the truer, the nobler, because he has loved that which is coarse, and false, and vile? Will he be a better father because he has ruined others’ homes, and perchance is ready to transmit to an affectionate wife, and to her children, the fruits of his own evil doings, and cause them to suffer the horrors of the damned by a bequest of the foul poison he contracted while ‘raking’ it in the dens of iniquity?” 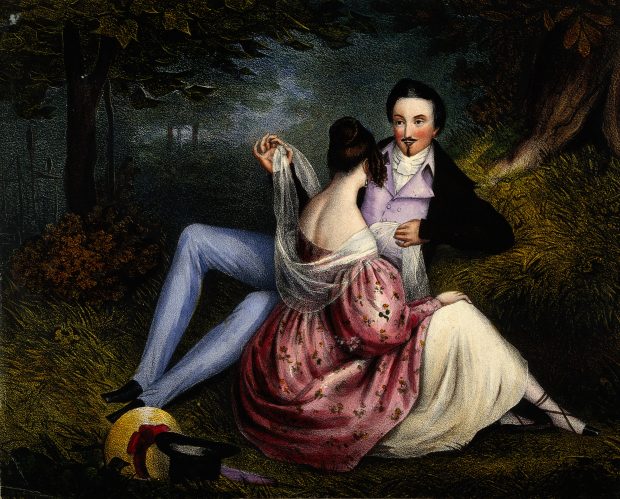 With all of that in mind, marriage to a chaste and (hopefully) disease-free gentleman seemed a much safer choice. Admittedly, this gentleman would not be as experienced or as exciting as a reformed rake, but—as Dr. Franklin Entrikin declares in his 1871 book the Woman’s Monitor—all the charms a reformed rake had to offer were “a poor recompense for the pure heart, unsullied mind, and untainted constitutional powers he should have lain upon the hymeneal alter.”

So, outside of a romance novel, should a Victorian lady ever take a chance on marrying a reformed rake? In his 1849 publication Twenty Parochial Tracts on Religious and Moral Subjects, George Henry Watkins offers a practical answer to this question, writing:

“One in a thousand of ‘Reformed Rakes’ may perhaps make a good husband; but how can we say, –how can we know who is really a ‘Reformed Rake.’ –Marriage with a dissolute man is but an experiment to try whether a particular rake can be reformed; but what a risk is run in making such a trial!”

Griffin, Walter T. The Homes of Our Country, Or, The Centers of Moral and Religious Influence. New York: Chas. L. Snyder & Co., 1882.

Home  »  Blog  »  The Truth About Reformed Rakes: Victorian Views on Marrying a Scoundrel