The Viscount and the Vicar’s Daughter: Exclusive Cover Reveal at USA Today 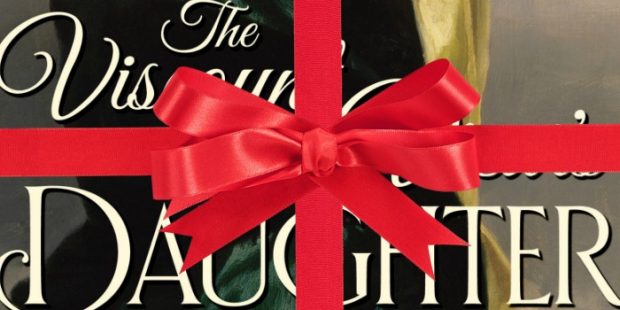 The Viscount and the Vicar’s Daughter: A Victorian Romance
Coming January 2018

Today, I’m thrilled to be over at USA Today’s Happy Ever After blog with Joyce Lamb for the exclusive cover reveal of my next Victorian romance novel, The Viscount and the Vicar’s Daughter. You can click through to the USA Today website HERE. I hope you’ll all stop by and have a look!

Set in 1861, The Viscount and the Vicar’s Daughter is a sweet Victorian romance about a world-weary rake and a prim vicar’s daughter who are thrown together during a notorious holiday house party in Yorkshire. It’s not as angst-ridden as The Lost Letter. I’d classify it more as a cross between a rake’s redemption story and a fast-paced Victorian romp. I’m hoping you’ll all find it as much fun to read as I did to write!

The first chapter of The Viscount and the Vicar’s Daughter has been added as a sneak preview to the end of the e-book version of The Lost Letter. For those of you who have already bought a copy of The Lost Letter, you should be able to access the updated version in a day or two by refreshing the digital file or re-sending it to your reading device from Amazon or other place of purchase.

The Viscount and the Vicar’s Daughter will be released on January 23, 2018. Pre-order links will be available soon. And yes, there will be many exciting book giveaways and Victorian-themed gifts to come!

Mimi, these titles alone drive me wild. lol They are like hearing the starting of great engines, that one knows will zoom us along. “ …a world-weary rake and a prim vicar’s daughter “ Great! This time I’m getting the kindle version, cause I can’t wait :)

Aw thanks, Anne :) I can’t wait for this one to come out in January so you can read it!

Mimi, the redeemed rake is one of my favourite storylines.

Mine too, Carol :) I hope I’ve done it justice!