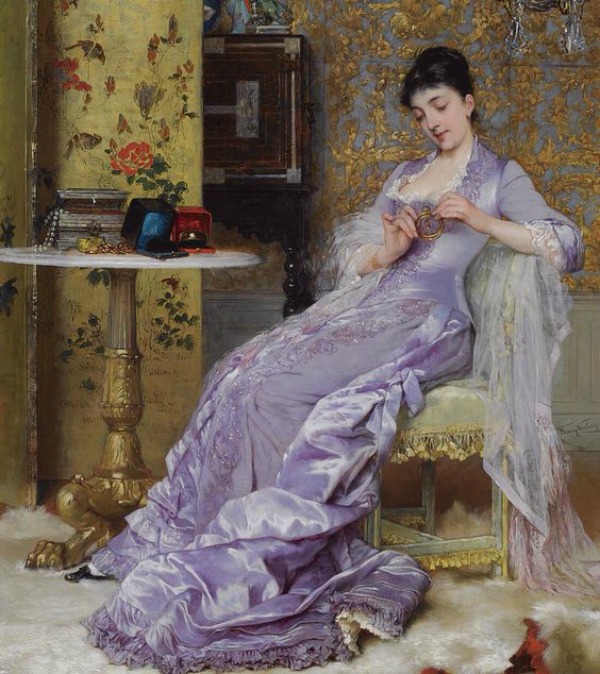 Gold bracelets and bangles were popular throughout the Victorian era. They came in a variety of styles, including thin bracelets, heavy bracelets, and bracelets adorned with jewels. Most were fairly commonplace in appearance; however, in the late nineteenth century, a new style emerged on the scene in the form of gold bracelets made to look—and sometimes function—like handcuffs. As the 1879 edition of Godey’s Lady’s Book reports;

“A gold handcuff, presented by a gentleman, and locked on the wrist of the fair recipient, is a curious but not uncommon conceit in bracelets, and frequently is used instead of an engagement ring.”

In fact, bracelets—whether equipped with lock and key or not—are often mentioned as being a Victorian symbol of matrimonial bondage. In a humorous excerpt from A Son of Hagar by British novelist Hall Caine, printed in the 9 February 1887 edition of the Fife Herald, a peddler by the name of Gubblum Ogelthorpe shows a gold bracelet to one of his customers, resulting in the following exchange:

“Now, here’s a bracelet—reg’lar solid gold, that is—all prented [sic] over with marks and cuts and things. That’s the sort o’ thing as is in request in London, I can tell you. Every woman gets one o’ them when she’s going to be married.”

“Well, my dear, you see it’s a sort of a handcuff; a bracelet is, and so it’s a symbol—maybe you don’t know what a symbol is—but it’s a sort of a symbol anyways—a symbol of matrimony—only, as I says, if it comes to symboling, it’s the men as ought to wear the handcuffs instead of the women.” 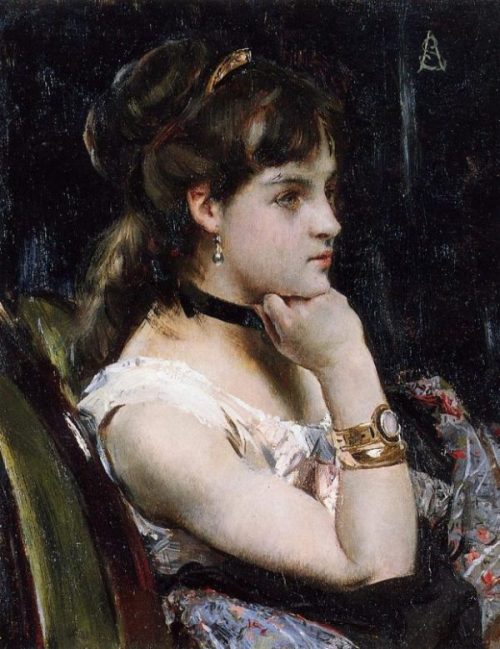 Despite being generally associated with matrimony, gold handcuff bracelets were not restricted to the wrists of engaged ladies. They were a distinctive style favoured by many fashionable women. According to the 13 July 1888 edition of the Dover Express:

“Ladies have taken a fancy to appear in handcuffs; they are made of gold, but in all other respects are exactly similar to those used by detectives in the pursuit of their useful calling. The origin of this fashion is unknown.”

Handcuff bracelets inspired many a male quip. The Dover Express, for example, remarks on how women might use their locking jewellery to capture and confine unwitting men to whom they have taken a fancy. As the newspaper states:

“The quickness with which a detective fastens on his bracelets may be learnt by ladies in a few lessons; then they may be able to ‘captivate’ an unsuspecting male whom they may have a design upon, if he should be in a lonely place, or without protection in a railway carriage.”

Unfortunately, I have found no pictures of handcuff bracelets in my research. There are hinged bracelets, bangles, and cuffs and bracelets that click shut with a latch, but—so far—I’ve seen nothing to match the description of bracelets made in the form of a Victorian detective’s handcuffs. If I find out anything more during the course of my research, I’ll update this article. Until then, I leave you with the following bit of bracelet humour from the 7 May 1881 edition of the Ulster Gazette:

“Why do we call a handcuff a bracelet?” asked the Commissioner of an Irish recruit at a recent police examination.

“Faith, bekase it is intended for arrist,” replied the applicant, and he got the position at once.