The Jersey Pug's Funeral; and Other Dog Funerals of the Late Victorian Era

“If this sort of thing keeps growing, it won’t be long before we shall hear of dog undertakers, and perhaps marble cutters who devote their time and talent to the construction of monuments to pet dogs. There is no calculating the extent to which infectious folly will go.” 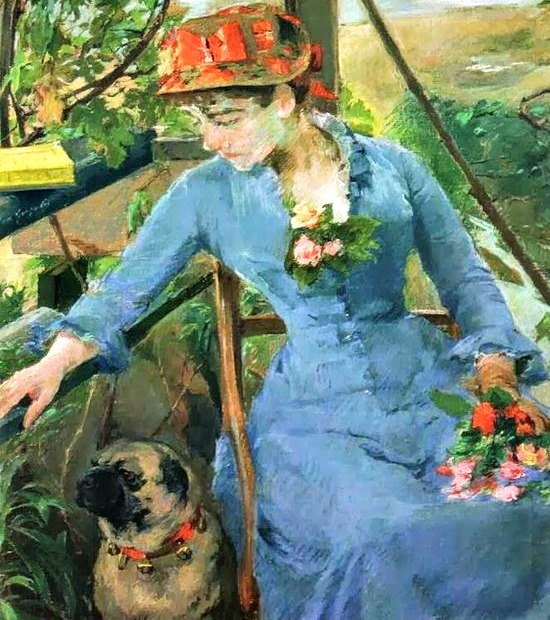 Of all the animals buried and mourned in the Victorian era, it was dogs who received the lion’s share of the funerary honors. The Hyde Park Dog Cemetery opened in London in 1881 and the Hartsdale Canine Cemetery in New York—the oldest pet cemetery in the United States—opened in 1896. One might think that this indicated a normalization of dog burial and mourning. However, as late as 1901, there were still those who railed against the idea of funerals for dogs, calling the practice ridiculous and absurd. One French bishop even went so far as to formally denounce the dog funeral fad in a religious publication, decrying “the lack of decent feeling on the part of modern society women.” 1

Dog funerals came in a variety of forms. Some fashionable ladies in Britain, France, and the United States sent out black-edged funeral cards when their dogs died. Services for the deceased canine were then held in their drawing rooms. These drawing room funerals were not always as informal as one might think. In 1901, for example, Mrs. C. E. Bosser of Trenton, New Jersey held a dog funeral in her home for her beloved Pug, Fannie. It was reported to have “broke all records for solemnity.”2 According to one report:

“Fannie’s body lay in state all day in the front parlor of the Bosser home. It required a casket large enough for a 4-year-old child, for Fannie had grown broad and heavy. The casket was covered with black cloth and lined with stuffed pink silk. Fannie had been carefully washed so that her light brown fur blended with the casket lining nicely. A large bow of white silk was around her neck.” 3

“Sacred music” was played on the organ and several hundred of the neighborhood children gathered in Mrs. Bosser’s parlor to sing hymns.4 Afterward, the casket was closed and a tearful funeral procession conveyed it to the backyard where it was to be interred under a pear tree. Before burial, the children laid carnations upon the casket. A headstone would later be erected in Fannie’s honor. 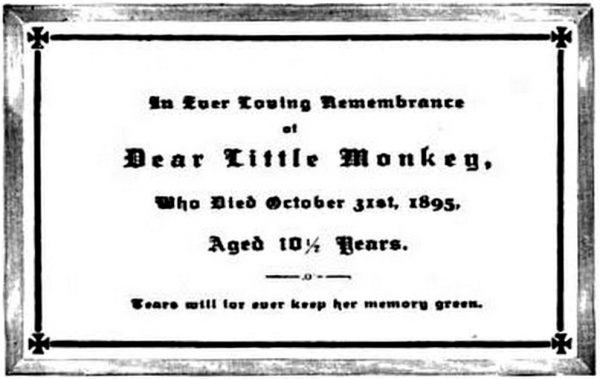 The funerals for dogs whose remains were then buried in Victorian era dog cemeteries were often even more elaborate, featuring grand funeral processions with coaches and servants. In 1900 a London funeral for a lady’s King Charles Spaniel included “a solemn procession” through Hyde Park.5 The Hull Daily Mail reports:

“First came a butler of stately and grave demeanour, bearing under his arm a tiny casket of dread shape. Following came the chief mourner, with tears in her eyes and a moist cambric in her hand. A nurse in professional costume, a lady’s maid, two female servants, and four children, all walking two and two, made up the melancholy queue.” 6

An 1899 funeral for Booby, the twenty-year-old dog of Jersey City storekeeper Rudolph Seeberger, was grander still. Booby is reported to have had an “angelic disposition” and to have been beloved by everyone in the neighborhood.7 As the Los Angeles Times relates:

“The good old dog lay in a regulation coffin yesterday, over which were heaped flowers from his young friends. Four boy pallbearers carried the coffin out and placed it on a toy wagon. A street band, engaged for the occasion, headed the procession, playing a dirge. Behind came Mr. Seeberger, as chief mourner, followed by 200 men, women, and children. The dog was buried in the vacant ground where Orden Park is to be, and there was a great deal of weeping when his body was lowered away. It was the finest dog funeral ever witnessed in Jersey City.” 8 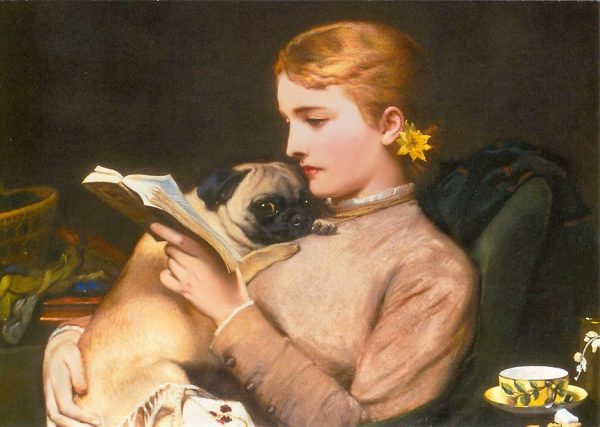 Despite the undoubted formality of many of these dog funerals, they were rarely sanctioned by the church. Pets were generally not admitted into human burial grounds and ministers did not often conduct pet funeral services. On occasion, however, especially when the pet owner was a person of wealth and position in society, these rules could be bent or even broken. In 1901, a Philadelphia society lady held a funeral for her pet dog, Nepper. An undertaker embalmed the deceased dog and laid out his body in a silk shroud within a child’s small, white coffin. There was a public viewing, attended by a crowd of mourners, at the end of which Reverend Reedles of the local Methodist church preached a sermon.9

Nepper was ultimately buried in his bereaved owner’s garden. But not every grieving dog lover was content for their deceased pet to be interred in their backyard or in the local animal cemetery. In 1899, another wealthy lady—this time in Long Island—wished to have her dog buried in Long Island Cemetery. The pastor of the local church “successfully opposed the interment.” 10 An elderly spinster living in Lima, Ohio in 1894 had better luck. As the local newspaper states:

“The town cemetery at Lee was used yesterday for the first time for the burial of a dog. An elderly maiden living on High street called the undertaker Wednesday morning and he was surprised to find the corpse that of a pug dog. He was employed to furnish a casket with mounted handles, upholstered, and fully equal to one necessary for a child; then, with the weeping maiden and a neighbor, he drove yesterday morning to the health official, obtained a permit and placed the body in the town cemetery.” 11 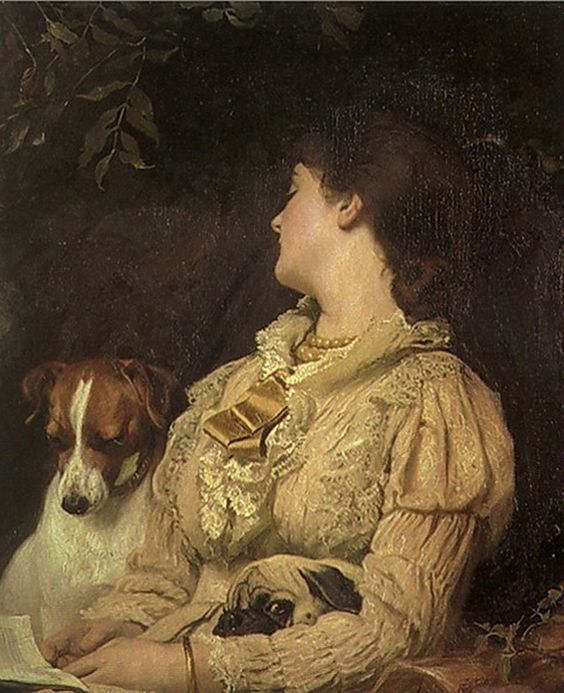 Wherever pets were buried, their grave was frequently marked with a headstone or other memorial. In 1901, a young Parisienne made the news by spending 6000 francs on a monument for the grave of her pet Pug.12 While Queen Victoria and Prince Albert famously had sculptures cast in the likeness of their favorites. More common still were the modest gravestones chiseled simply with the animal’s name and the dates of their birth and death. Often a short poem or meaningful phrase accompanied this information, such as the sentiment found on a headstone in Hyde Park Dog Cemetery which reads:

“Here Lie Two Faithful Creatures.
Snap and Peter.
We are only sleeping, Master.” 13

Despite criticisms rendered by those in the late nineteenth century, pet funerals were not a temporary Victorian fad. Neither were they “the latest American fashionable craze.” 14 Pet funerals were a genuine manifestation of grief at losing much beloved dogs, cats, and other treasured animal friends. If anything, the Victorian era fascination with death and rituals of mourning merely gave bereaved pet owners free license to express the full depth of their sorrow—funeral processions, funeral cards, hymn singing, and all.

*This article originally appeared at The Journal of Victorian Culture Online. For more information on Victorian pet funerals, see my article on Cat Funerals in the Victorian Era.

Home  »  Blog  »  The Jersey Pug’s Funeral; and Other Dog Funerals of the Late Victorian Era