The Etiquette of the Victorian Golf Course: Twelve Tips for a Co-Ed Game 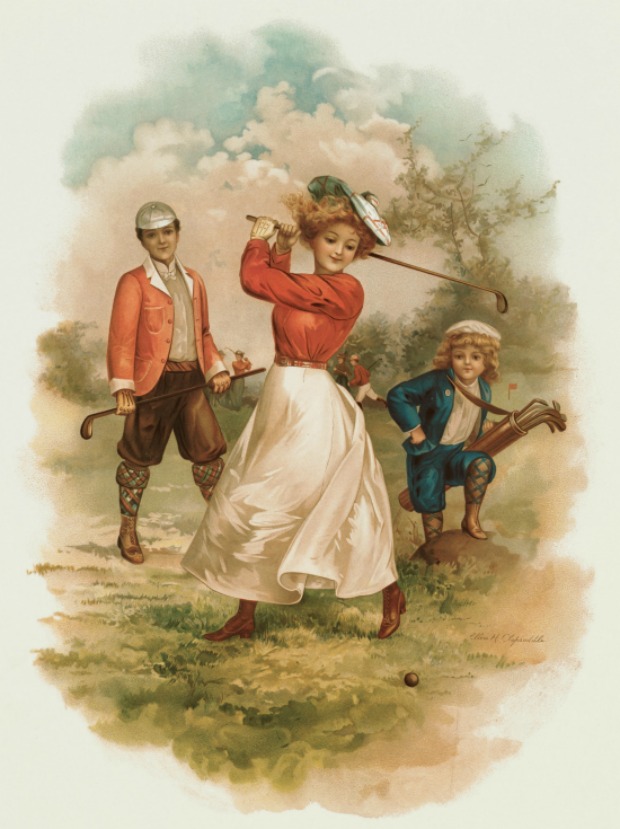 During the Victorian era, golf was a hugely popular sport. Both men and women played for pleasure and for competition. Much of this play was done in the company of those of the same sex. However, by the end of the century, it was becoming more common for men and women—especially husbands and wives—to golf together. As a result, many magazines and journals of the day offered advice to men on how to conduct themselves on the golf course when in the presence of a lady. They also offered advice to women on what they must and must not do in order to be accepted as ‘a popular member of the club.’

The 1898 edition of The Capital gives a list of essential tips for female golfers who wish to play the game in mixed company. I present them to you below in no particular order.

“It is better to be seen and not heard on the golf links when a game is in progress. Good ‘putting’ requires absolute concentration of mind.”

“A woman who chatters incessantly and is especially communicative just when a critical ‘drive’ is about to be made is not the most desirable of partners.”

“Standing so that a shadow falls upon your partner’s ball is not only impolite, but detrimental to the success of his ‘drive.’” 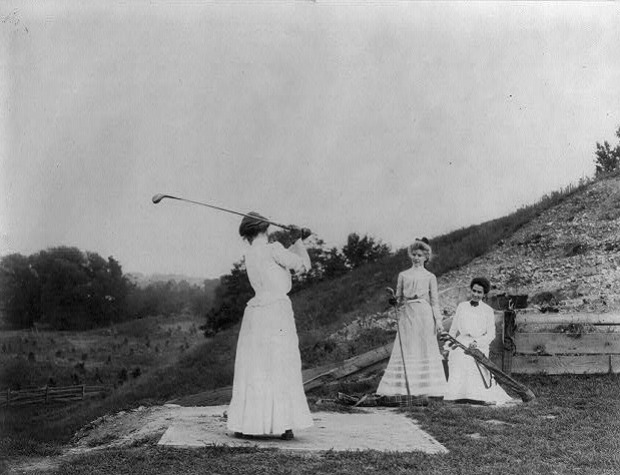 “To play first and to shout ‘fore!’ afterward is apt to add insult to actual injury. ‘Fore’ is called as a warning that a ‘drive’ is about to be made. It is not an expression of consolation after one has been hit.”

“Standing on the putting green after you have ‘holed out,’ whether it is to gaze at the scenery or write down your score, will exasperate your best friend on earth if he or she happens to be playing behind you.”

“Drinking in the men’s café is not to be approved of merely because it is at a country club.” 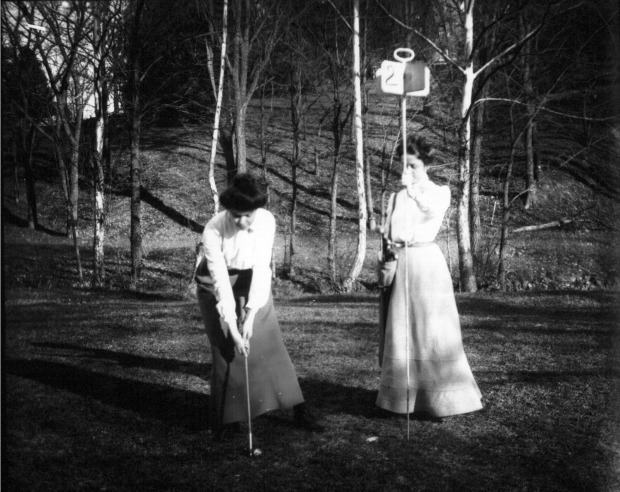 For men who were obliged to golf with a female, The Capital offers several additional tips. Most of these consist of strictures on exhibiting patience when partnered with a woman who played poorly and slowed down the man’s game. Below are the top six tips in no particular order.

“A man should not play in his shirt sleeves when women are in the game.”

“Don’t appear to prefer your ball to her company, and stand guard over it while she, some distance off, is making vain efforts to catch up to you. Stay near her and endeavour to make her feel she is not such a bad player after all.”

3) Remember that Women are Not Athletic.

“A man should remember when playing golf with a woman that even if his partner is an athletic girl, she may not care to scramble over fences and stone walls alone, and that it is courteous for him to help her.” 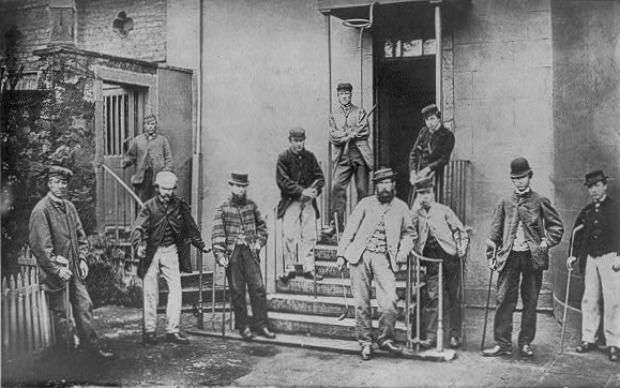 4) Offer Your Help When Needed.

“If she is a beginner he should offer to make her ‘tee,’ but if she plays as well as he does she will prefer to build it herself.”

5) Don’t Yell at Her for Slowing You Down.

“If you choose as a partner a woman who keeps you back by slow play don’t quarrel with her on this account. Abide by your choice and do what you can to help her enjoy the game.”

“Don’t fail to remember that you were once a beginner yourself.” 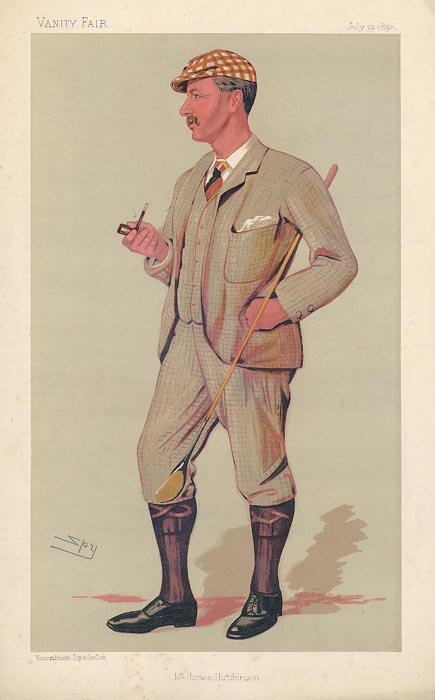 There’s lots of golf on this week. If you’re watching, I hope you will spare a thought for those determined lady golfers from the Victorian era—and for those Victorian men who responded to their presence on the golf course with good manners (if not outright enthusiasm).

Previous Post
A Victorian Wife’s Best Friend: The Role of Cats & Dogs in Cases of Spousal Abuse
Read More
Next Post
The Jersey Pug’s Funeral; and Other Dog Funerals of the Late Victorian Era
Read More

Home  »  Blog  »  The Etiquette of the Victorian Golf Course: Twelve Tips for a Co-Ed Game