Katrina: A Victorian Ballet of Cats 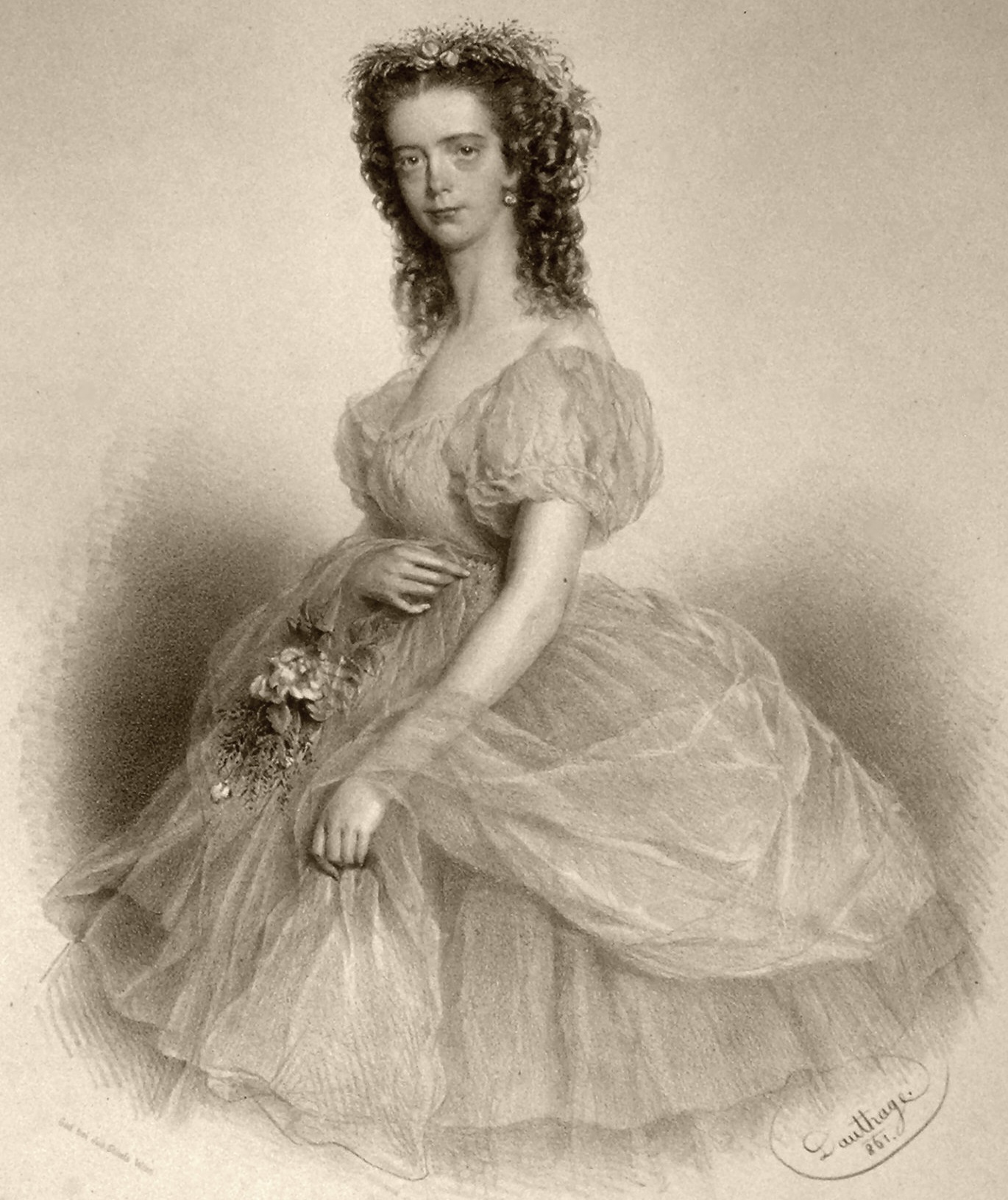 Andrew Lloyd Webber’s 1981 musical Cats was not the first production to feature a cast of dancers dressed in cat costumes.  Nearly one hundred years earlier, a ballet called Katrina made its debut at the Empire Theatre in London.  Arranged by choreographer Kattie Lanner and set to music by composer Leopold Wenzel, it featured two intertwined stories.  The first concerned the love affairs of a young student. The second—and far more interesting—took place in the Kingdom of Cats.

Katrina starred Miss Ada Vincent as Princess Frou-Frou, a fairy cat, and Miss Lizzie Vincent as Tom Grey, a cat bridegroom.  They were accompanied by their cat attendants, portrayed by a troupe of young ballerinas dressed in cat costumes.  Together, they performed lively dances meant to represent cats engaged in their evening revels.  As an 1894 edition of the magazine Pick-Me-Up explains:

“[Katrina] is a novelty presenting two or three hundred young more-or-less ladies dressed up to represent cats in their nightly fling on the tiles.” 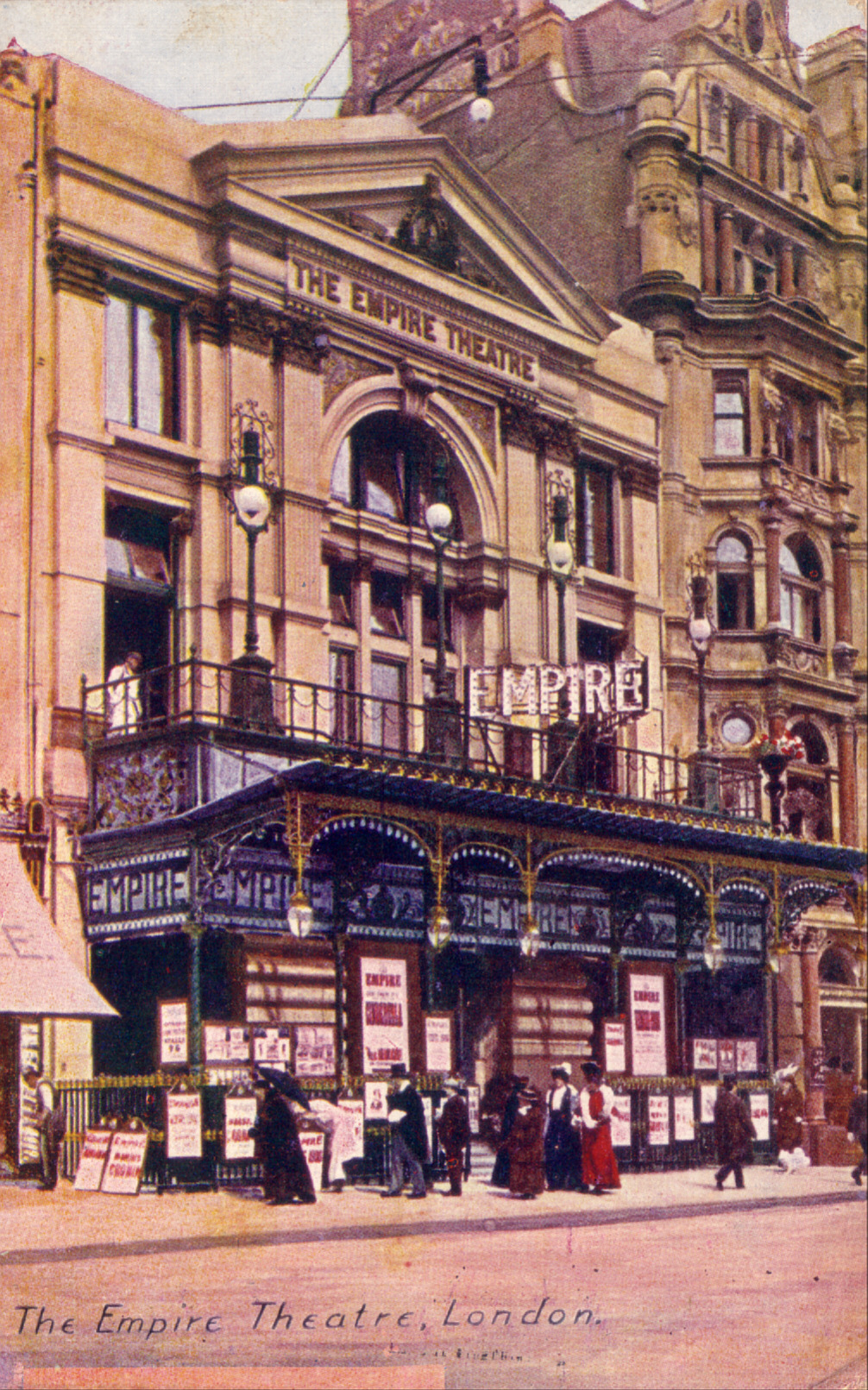 An 1893 edition of the St. James’s Gazette declares that Katrina was, in the main, “a ballet of cats.”  The reviewer in Pick-Me-Up seems to have agreed with this assertion, even going so far as to state:

“I’m still wondering why they didn’t call it ‘Pussy-Katrina.’”

Unlike Cats (which was based on Old Possum’s Book of Practical Cats by T. S. Eliot), Katrina does not appear to have been based on any particular piece of poetry or prose.  It was nevertheless entertaining, receiving fairly decent reviews.  A reviewer in an 1893 edition of Fun called it “a very brilliant affair,” writing:

“It is very gorgeous, splendid, clever and effective—the cat dresses are particularly striking and interesting.” 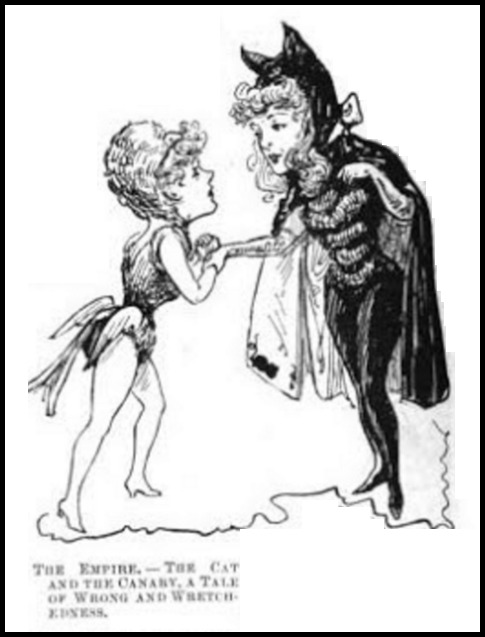 The St. James Gazette was equally complimentary to the costumes, calling Katrina “another triumph for the Empire.”  He writes:

“‘Katrina’ is not a grand ballet; but as a divertissement it is of quite the right kind, and is a beautiful and varied masque of dancing.” 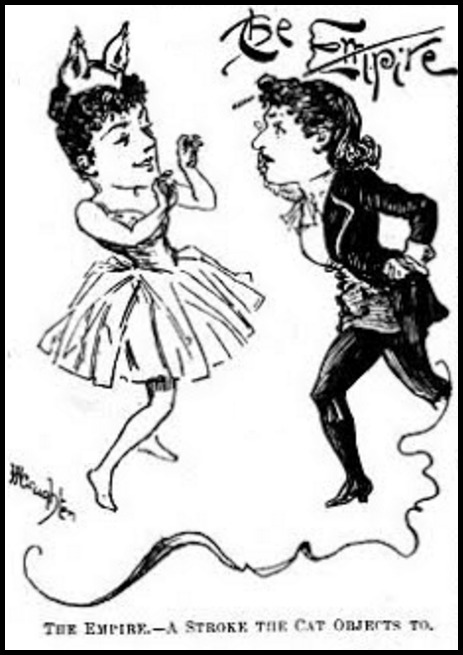 Katrina was not the only Victorian production to include cats.  In 1871, for example, the Globe Theatre produced The White Cat: Or, Prince Lardi-Dardi & the Radiant Rosetta. Advertised as “A Grand New Fairy Burlesque Extravaganza,” its second scene takes place in “The Forest of Katz Kradle Kastle” wherein a group of actors dressed as cats hunted for birds and mice.

Today, when one thinks of cats in the theatre, Andrew Lloyd Webber’s Cats is still the first thing that usually comes to mind.  Nevertheless, I hope this brief look at cat-themed theatricals gives you some insight into the long history—and perennial popularity—of dancing cats on the stage. 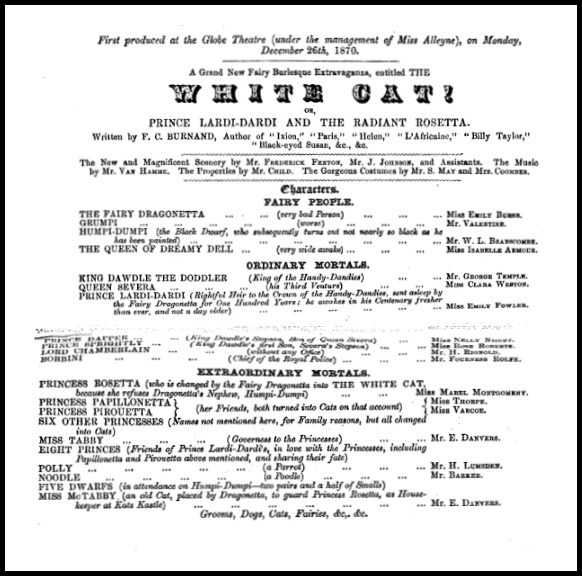 Thus concludes another of my Friday features on Animals in Literature and History. If you are interested in adopting a cat or if you would like to donate your time or money to a rescue organization, I urge you to contact your local animal rescue foundation or city animal shelter.  The below links may also be useful as resources: