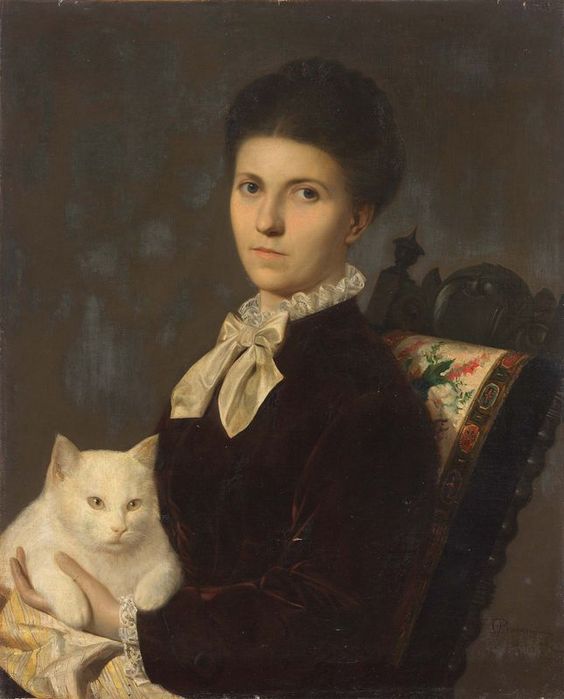 Spinsters have long been associated with cats.  This was especially true in the Victorian era when the stereotype of the old maid and her feline dependents was so pervasive that an 1880 edition of the Dundee Courier not only declared that “the old maid would not be typical of her class without the cat,” but that “one cannot exist without the other.”  Like cats (who were generally viewed as being sly and self-serving), old maids faced their fair share of societal persecution.  Doomed to live in a state of “single blessedness,” they were often seen as being eccentric or as having been soured by their “blighted hopes.”  To that end, the Dundee Courier reports:

“There is nothing at all surprising in the old maid choosing a cat as a household pet or companion.  Solitude is not congenial to human nature, and a poor forlorn female, shut up in a cheerless ‘garret,’ brooding all alone over her blighted hopes, would naturally centre her affections on some of the lower animals, and none would be more congenial as a pet and companion than a kindly purring pussy.”

The Victorian spinster’s predilection for the feline was an accepted fact.  As far as the spinster herself, society was less certain.  She neither married, nor had children.  What purpose, then, did her existence serve?  In 1879, Dr. Andrew Wilson of Edinburgh sought to answer this question during a scientific lecture he gave in the town of Dollar.  Speaking to a packed hall, Wilson declared that, despite having no children, maiden ladies had a critical role to play in the preservation of the human race—or, at least, in the preservation of British clover. 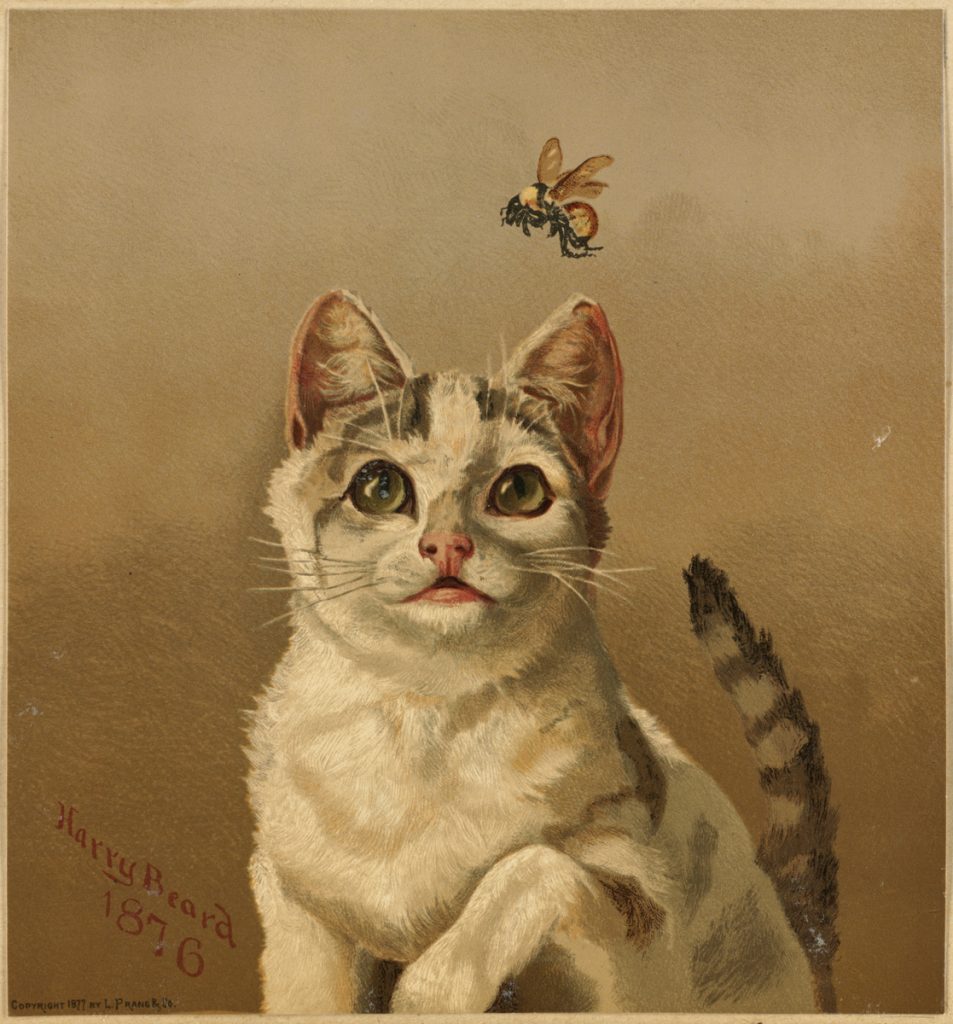 According to Wilson, clover was essential to British life and humblebees (today known as bumblebees) were essential for the fertilisation and growth of clover.  Explaining how the spinster fit into all of this, the Edinburgh Evening News quotes Wilson as stating:

“Now, field mice were enemies to humble-bees, and cats were enemies to the mice. Whoever conserved cats conserved clover, and on clover, as we have seen, depends British welfare.  Old maids had a proverbial fondness for the feline race, and it was thus possible that a scientific justification of spinsterhood might be found in the utility of cats as repressing the enemies of the bees which aided the growth of clover.”

Wilson’s pronouncement was more humor than actual science. It provoked laughter throughout the hall.  Spinsters and their cats would continue to be a great source of amusement—and of scorn—throughout the remainder of the 19th century.   Today, for better or worse, the two are still inextricably linked in the public mind.

Lanfear, Elizabeth.  Letters to Young Ladies on Their Entrance into the World.  London: J. Robins & Co., 1824.

Home  »  Blog  »  A Scientific Justification for Spinsters: Old Maids and Cats in the Victorian Era