Kissed Against Her Will: A Victorian Case of Assault and Abuse of Power

“His Lordship said it was perfectly clear from the evidence that an assault was committed.  If any man kissed a woman against her will it was an assault.”
Sheffield Evening Telegraph, 22 February 1888. 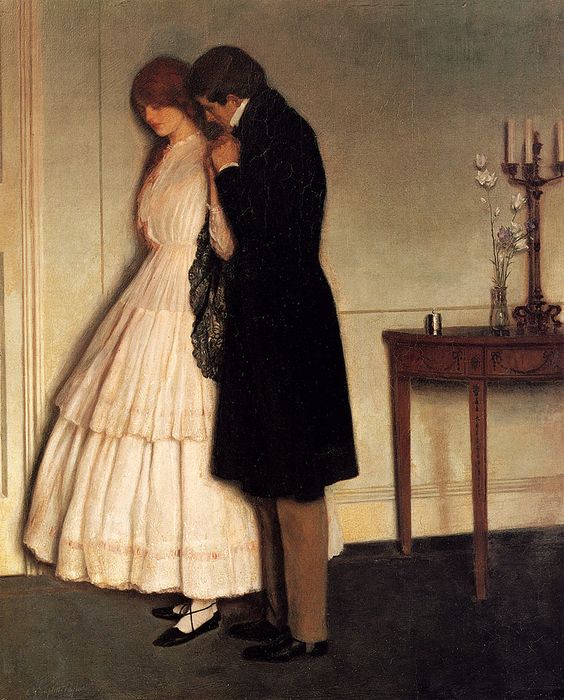 In February of 1888, Sheffield confectioner Ralph Williamson was charged with the attempted shooting of blacksmith George Bridges, the father of a girl that Williamson had assaulted days earlier.  The girl, named Bertha Bridges, was only fifteen years old.  She worked in Williamson’s confectionery shop in High Street.  It was there that one night, while Miss Bridges remained late to fetch his dinner, Williamson hemmed her into a corner and forcibly kissed her.

While some may not associate ‘stealing a kiss’ with assault, it was then—just as it is now—an unlawful touching and an assault under the law.  At Williamson’s trial, the prosecuting attorney would explain to the jury (as reported in the 22 February 1888 edition of the Sheffield Evening Telegraph):

“…that even if Williamson had put his fingers upon her without her consent, it would have been an assault, but he not only stroked her face but attempted to kiss her.”

After Williamson stroked her face and kissed her, Miss Bridges demanded to know what Williamson meant by such behavior.  Williamson responded by assuring Miss Bridges that “he was single” and that his wife—when she had been alive—had been “a good wife to him.”  He then retreated to the cupboard where he rummaged around until he found a funeral card for this same late wife.  He attempted to give the funeral card to Miss Bridges, though it is unclear to what purpose.  Miss Bridges, however, refused to take the card.  Instead, she went directly home and told her father. 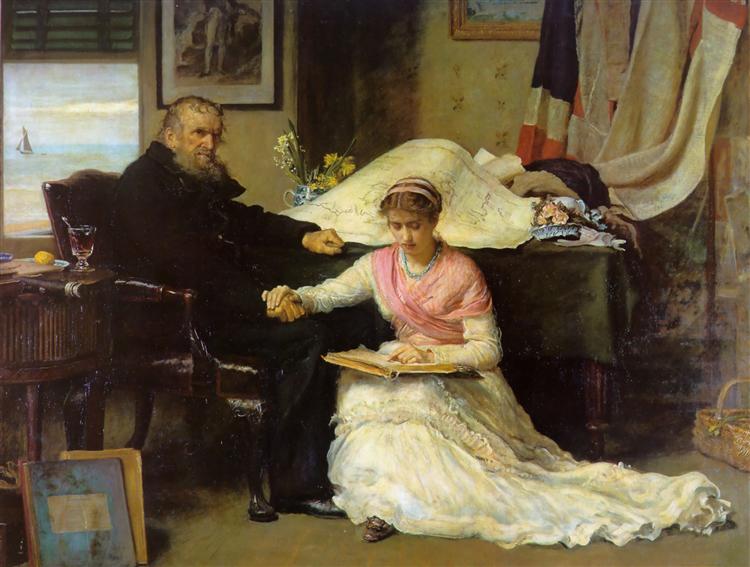 Most father’s would have been angry under the circumstances.  However, a Victorian father had cause for even greater fury.  In the Victorian era, a girl’s character was judged in relation to her sexual conduct.  Even if a girl had not been a willing participant—even if she was the helpless victim of a groper or a rapist—she was no longer considered to be an innocent.  Instead, as Louise Jackson explains in her book on Child Sexual Abuse in Victorian England:

“The act of sexual abuse was deemed to have corrupted the girl and effected her ‘fall’ from innocence; once ‘fallen,’ her moral status was dubious.  The sexually abused girl was seen as a polluting presence, and a particular danger to other children.”

Knowing this, it is perhaps understandable that Mr. Bridges went looking for the man who had assaulted his daughter, intending to thrash the villain within an inch of his life.  Williamson was well aware of the seriousness of his offense, but rather than resigning himself to accept what would have undoubtedly been a severe beating, he instead armed himself with a loaded revolver.

On Wednesday, February 8, Mr. Bridges finally ran Williamson to ground on High Street.  They exchanged words and then Mr. Bridges struck Williamson.  At that point, though the street was crowded with people, Williamson drew his revolver and fired at Mr. Bridges.  The first shot missed.  Williamson promptly fired again.  The second shot missed Mr. Bridges as well, instead striking an innocent bystander in the ankle.  After that, Williamson gave up on attempting to shoot Mr. Bridges and allowed himself to be taken away by the police. 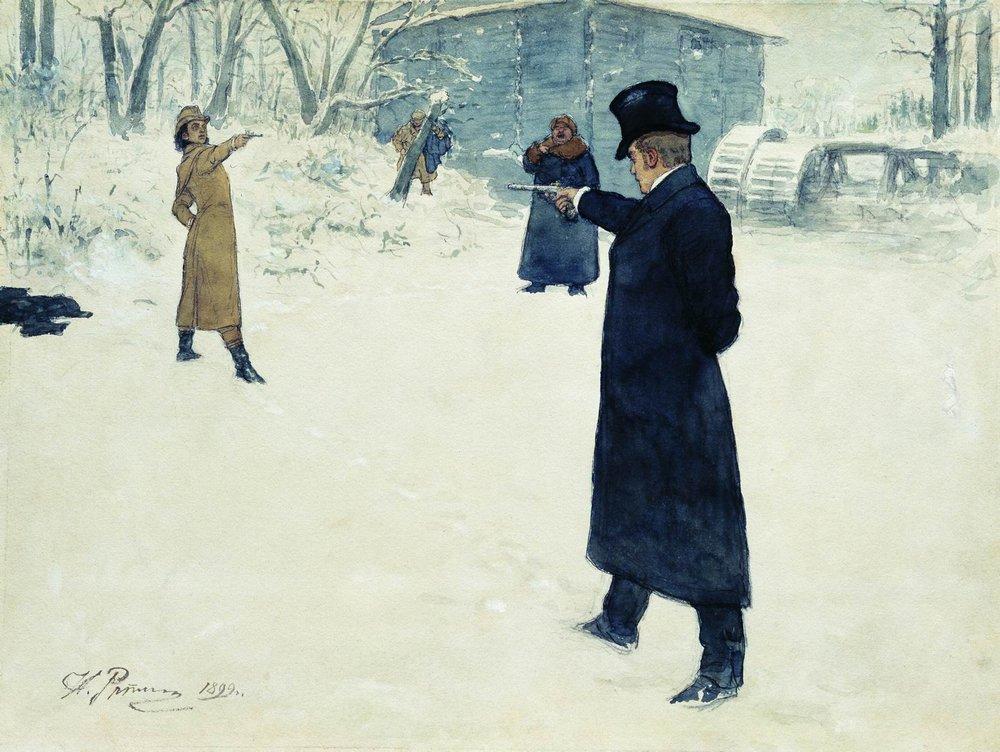 At trial, Williamson’s assault on Miss Bridges was not disputed by either party (though Williamson did claim in his defence that Miss Bridges told him she was “nearly seventeen”).  Williamson admitted to kissing Miss Bridges against her will and Justice Day declared that:

“If any man kissed a woman against her will it was an assault.”

A jury would later find Williamson guilty of both the assault and the shooting charge.  They recommended mercy, but the final decision belonged to Justice Day.  Day concluded the trial by delivering what the Sheffield Evening Telegraph referred to as “a scathing rebuke” of Williamson.  First, Day addressed the fact that Williamson was Miss Bridges’ employer.  Today we would recognize this type of offense as a classic abuse of power.  Though Justice Day does not use the exact phrase, his words—as quoted below—cannot be misconstrued:

“He took her into his service, and by taking her into his service he entered into a grave moral responsibility towards her.  A man of his years ought to have felt that a child like that was entitled to a parental protection, but she had not been in his service many hours when he got her to come into the place and immediately proceeded to stroke her face, kiss her, and to use her own expression, ‘hem’ her in a corner.” 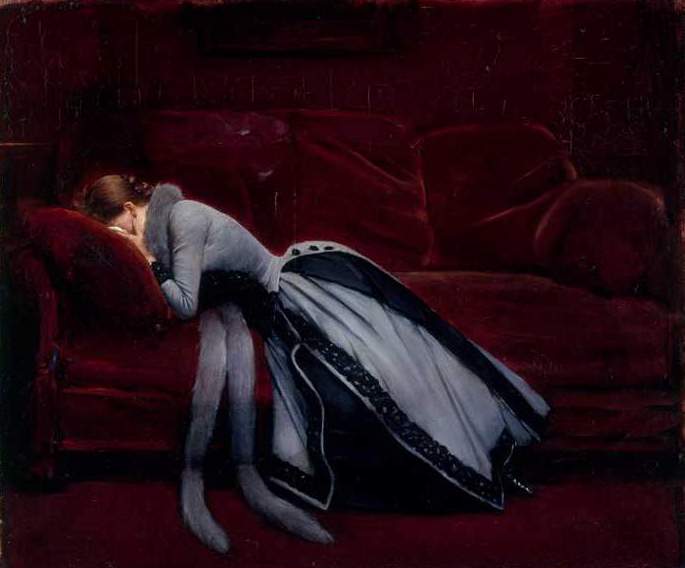 As for the shooting charge, Justice Day was no less severe.  He concluded that Williamson knew what he deserved for having assaulted Miss Bridges and knew what he was “likely to get” if he met her father on the street, but that it was still no excuse to have armed himself with a loaded weapon.  He declared:

“It would be a very sad thing indeed if a man, because he was threatened with personal chastisement, was to go about the streets of Sheffield…with a revolver at a time when the streets were swarming with people.”

Addressing the conduct of Mr. Bridges, Day went on to say that, though he did not agree with taking the law into one’s own hands, he could not be surprised by the actions of the aggrieved father.  Indeed, in some respects, he tended to agree with the course Mr. Bridges had taken, stating that:

“…he could not help thinking that if more fathers of girls adopted the same course as Bridges did there would be fewer girls ruined and fewer girls brought to the misery they saw in those courts.”

Ralph Williamson was sentenced to imprisonment with hard labor for fifteen months on the shooting charge.  For forcibly kissing Miss Bertha Bridges, he received three months in prison.  Upon hearing his sentence, Williamson was unusually calm—and a little bit Dickensian.  As the Sheffield Evening Telegraph reports:

“Prisoner, on hearing the sentence, turned to the gallery, and bowing remarked: ‘Well, I wish you all good morning, and God bless you; every one of you.’  He was then conducted from the dock.” 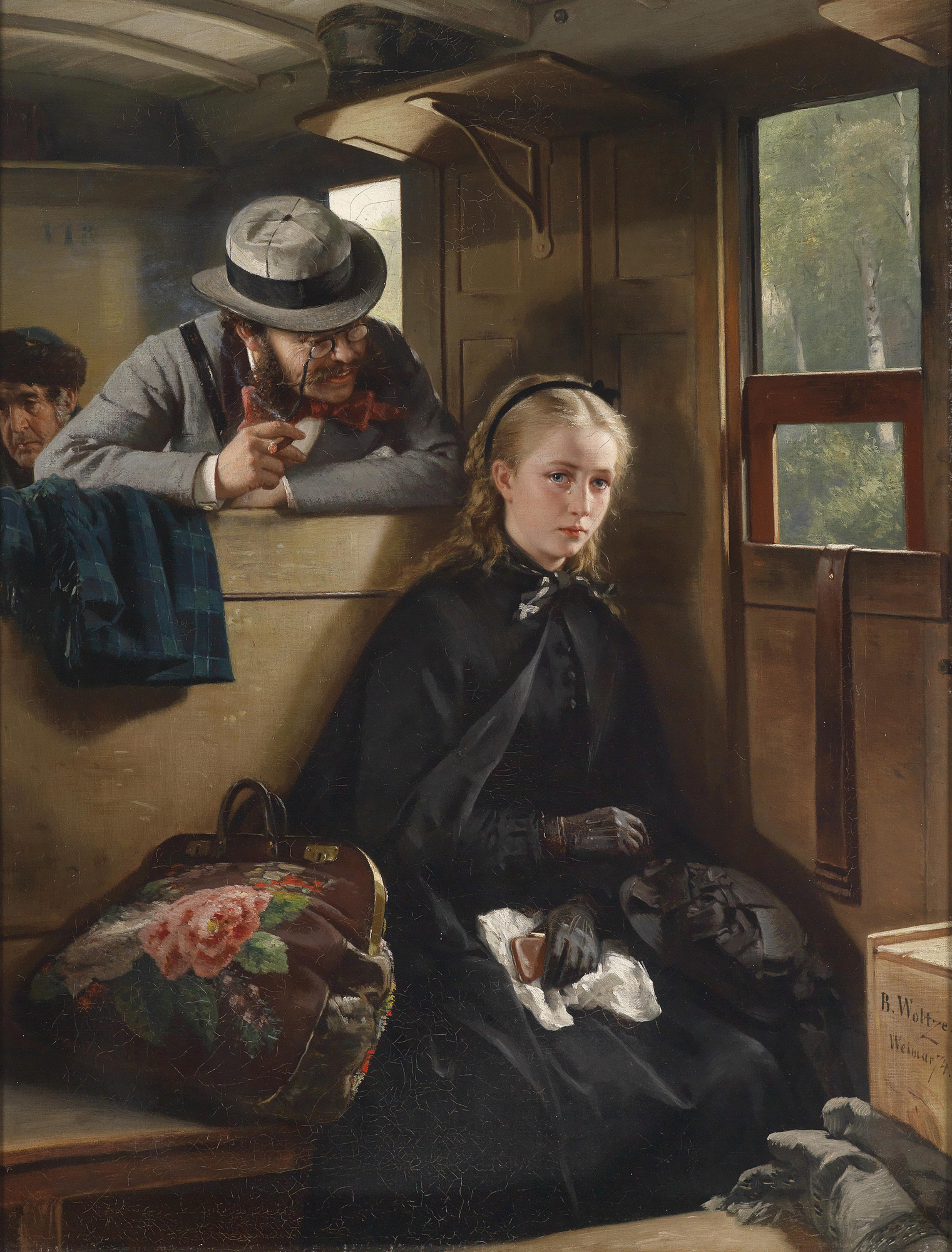 The Irritating Gentleman by Berthold Woltze, 1874.

I have seen a great deal in the news lately with various elected officials claiming not to know whether a forcible kiss or touch is an assault.  I have also seen some who claim that 21st century complaints about forcible kisses or groping are just another trivial by-product of a society which has become too politically correct.  As a lawyer and historian, these sorts of comments irritate me to no end.  Having said that,  I hope this Victorian era case—which is just one of many—has given you some insight into the fact that even in the 19th century, even in a patriarchal society where women could not vote, a forcible kiss was recognized as an assault.  Period.

Home  »  Blog  »  Kissed Against Her Will: A Victorian Case of Assault and Abuse of Power