Death at the Needle: The Tragedy of Victorian Seamstress Mary Walkley 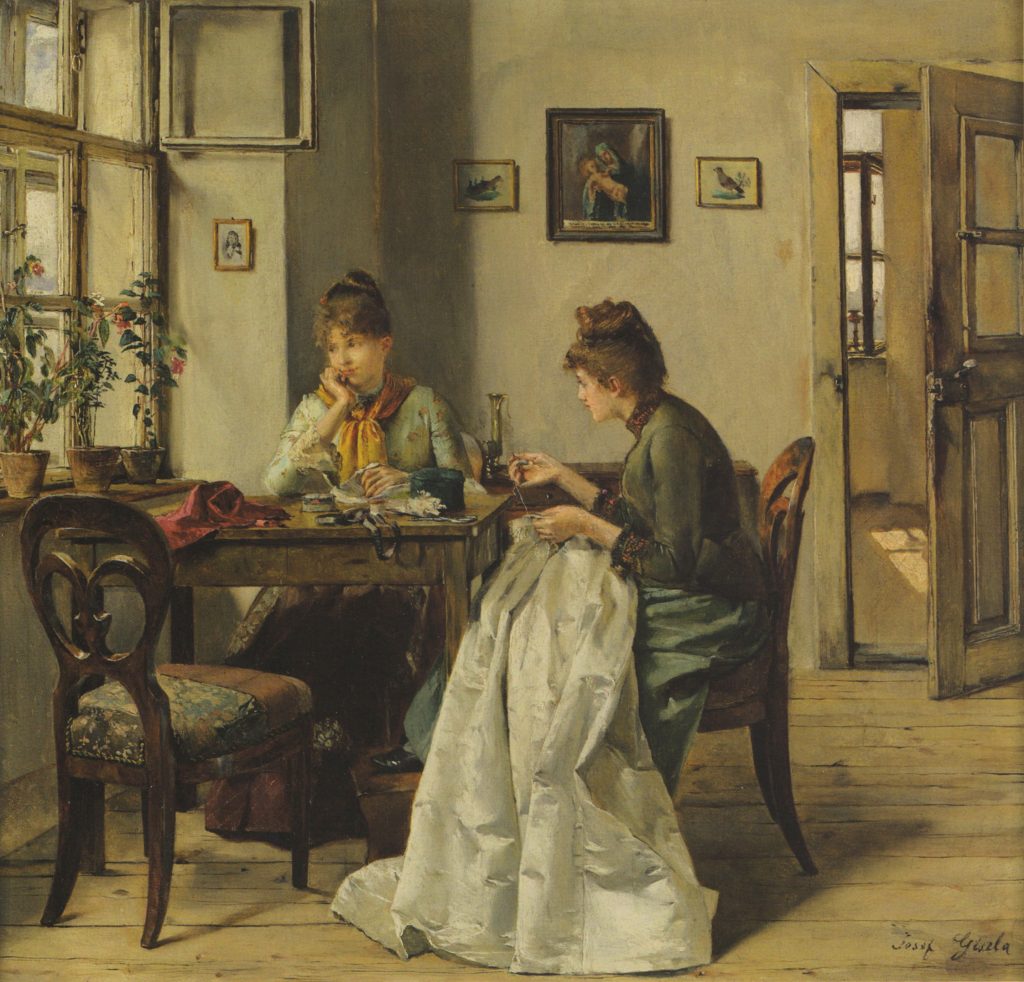 The Seamstress by Josef Gisela, 1897.

“Sir,—I am a dressmaker, living in a large West-end house of business. I work in a crowded room with twenty-eight others. This morning one of my companions was found dead in her bed, and we all of us think that long hours and close confinement have had a great deal to do with her end.”

So starts the anonymous letter which brought the death of seamstress Mary Ann Walkley to the forefront of public attention. Originally printed in a June 17, 1863 edition of The Times, the letter—signed simply “A Tired Dressmaker”—details the miserable work and living conditions of seamstresses, not in the East End of London, but in one of the finest dressmaking establishments in London’s West End.

Mary Walkley was a twenty-year-old seamstress in the employ of court dressmaker Madame Elise. Located at 170 Regent Street, Madame Elise’s shop catered to the most fashionable ladies in London society. In order to meet their exacting demands, the seamstresses who lived and worked on the premises were obliged to begin their day at half-past six in the morning and work straight through until eleven at night. On some occasions—such as those days preceding a Queen’s drawing-room or other major society event—they were even required to work all night and into the next morning to finish an order. 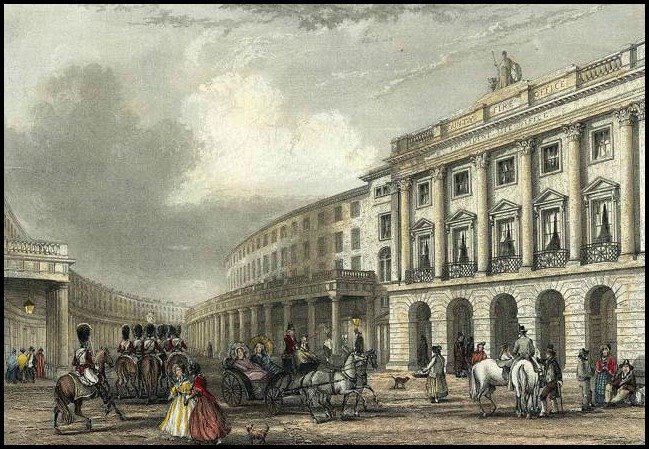 When the seamstresses were finally permitted to retire to bed, they found little respite. Describing the suffocating accommodations at Madame Elise’s establishment, the “Tired Dressmaker” writes:

“At night we retire to rest in a room divided into little cells, each just large enough to contain two beds. There are two of us in each bed. There is no ventilation; I could scarcely breathe in them when I first came from the country. The doctor who came this morning said they were not fit for dogs to sleep in.”

Mary Walkley took ill on a Friday. By Sunday she was worse. The other seamstresses at Madame Elise’s sat up with her that night until she fell asleep. The next morning, Mary Walkley’s bedfellow woke to find Mary dead beside her.

The death of Mary Walkley sparked a firestorm of public outrage. People were horrified by the conditions under which West End seamstresses lived and worked. Many argued for reforms, including strict regulations governing the workrooms. Others wanted Madame Elise and her husband to be prosecuted for their perceived role in Mary’s death. The scandal even prompted the July 4, 1863 edition of Punch to publish a cartoon titled “The Haunted Lady,  or The Ghost in the Looking Glass” which shows a fashionable young woman admiring her new gown in the mirror only to see the reflection of the seamstress who died in the process of making it. 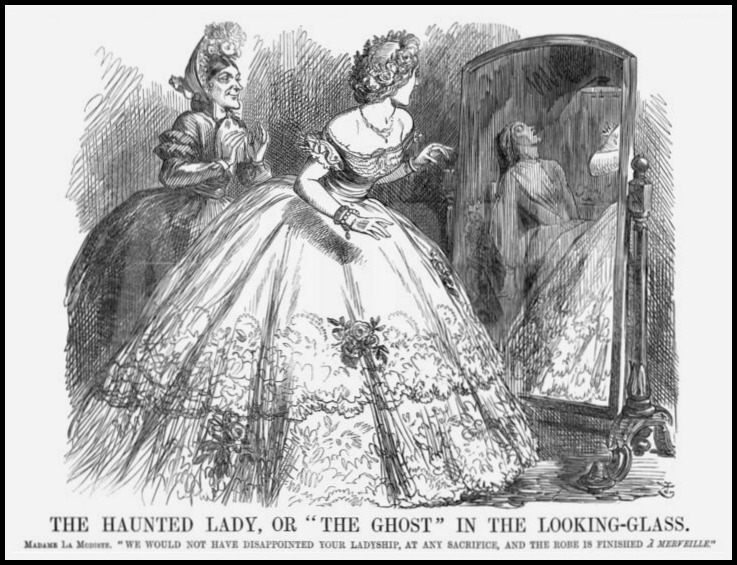 The fact that many of the young seamstresses employed at establishments like that of Madame Elise were orphans or girls who had fallen on hard times made their working conditions that much more despicable in the public view. Some even compared the exploitation of vulnerable seamstresses to a form of slavery. As an article in the June 27, 1863 edition of the Preston Chronicle states:

“We should even now have been unaware of the extent to which ‘white slavery’ exists at the west end of London had not this poor girl died under circumstances which caused an investigation by a coroner.”

The inquest into the death of Mary Walkley received a great deal of public attention. Ultimately, the jury found that Mary had died of apoplexy, likely accelerated by overwork and poor ventilation. Those who had hoped for Madame Elise and her husband to be charged with murder were deeply disappointed. An article in the July 2, 1863 edition of the Stirling Observer calls the verdict “dissatisfying in the extreme,” writing:

“If to work seventeen and eighteen hours a-day all the year round; to be allowed no out-door exercise or spare time at dinner or tea, but just sufficient to take hurried meals, and then, after slaving at the needle till eye and hand fails, and head and heart grow sick, to be marched off to ‘dens’ four abreast, where throughout the short night, instead of being refreshed by ‘tired Nature’s sweet restorer—balmy sleep,’ they are stifled with the venom of carbonic acid gas, and other active impure agents in bad ventilation—if master or mistress in any millinery or other establishment in the kingdom, compels his or her employees to undergo such an ordeal, or else go without work, in the sight of God and man, nay, according to a fair and just interpretation of the law of the land, they are as deliberately taking away life by slow poison, as sure and deadly in its work as that by which L’Angelier met his death.  If that is not murder, what is it?” 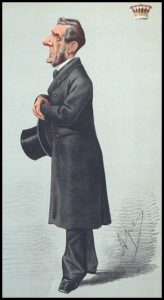 The Earl of Shaftesbury by Carlo Pellegrini, Vanity Fair, 1869.

In response to Mary Walkley’s death, the Earl of Shaftesbury brought the matter before the House of Lords. A June 26, 1863 edition of the Peterhead Sentinel and General Advertiser for Buchan District reports that the earl asked if the Government would “bring a bill to provide for the sanitary regulations of the workrooms in which seamstresses were employed,” pointing out that the Legislature had “already granted similar relief in other occupations.” In response, the Earl of Granville is reported to have responded that:

“…the question was a very difficult one, and the Government at present had no power to interfere, but he could not say that the Government would undertake further legislation; but, if the noble Earl himself would, they would give his proposals every consideration.”

Despite the public outcry over the working conditions of West End seamstresses, no laws were ever enacted to regulate their hours and working conditions. Even if they had been, they would have been difficult to enforce as dressmakers worked in private establishments which were not open to government inspectors.

I close this article with an image of a fashionable dress from 1863, accompanied by the final lines of the anonymous letter that first brought the death of Mary Walkley to public attention. Those lines read as follows:

“Of course we are all very much shocked, and although we do not complain of our house, which is better conducted than many, we should be so glad if some plan could be discovered by which we could get a little less work and a little more air.—I remain, Sir,
“A Tired Dressmaker.” 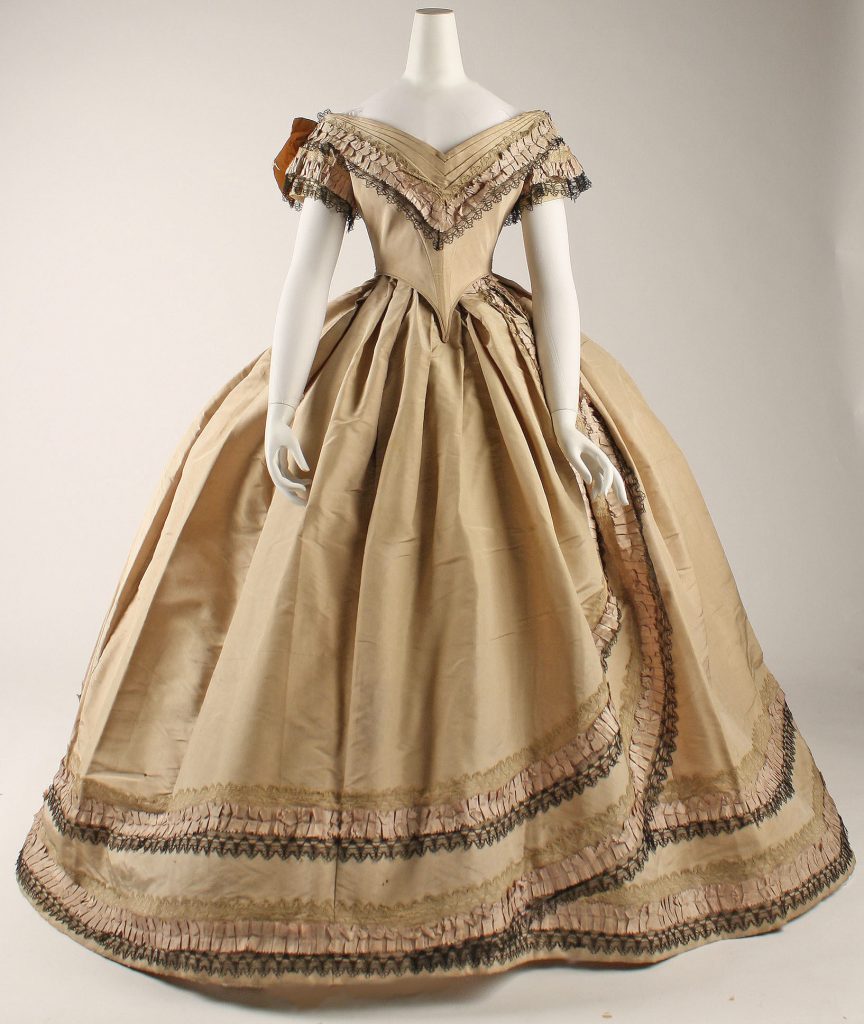 **Author’s Note: This article is excerpted from A Victorian Lady’s Guide to Fashion and Beauty, coming July 2018 from Pen and Sword Books.

“Death of a Seamstress by Overwork.” Salisbury and Winchester Journal. 27 June 1863.

Home  »  Blog  »  Death at the Needle: The Tragedy of Victorian Seamstress Mary Walkley