“A dog is more difficult to dress than a lady, however capricious she may be.” 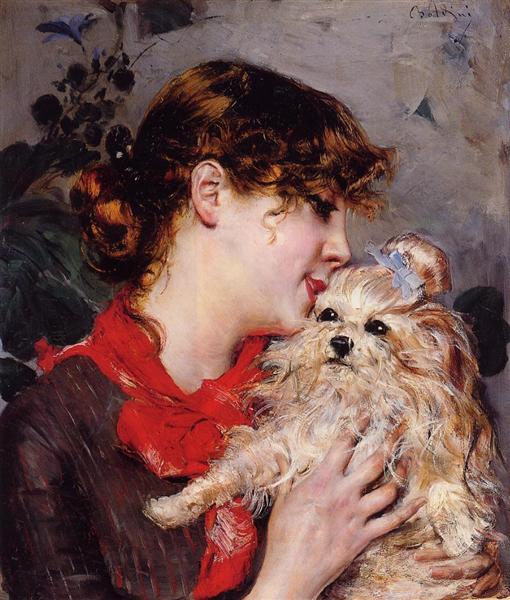 The Actress Rejane And Her Dog by Giovanni Boldini, 1885.

Wealthy and aristocratic ladies of the 1890s who desired to dress their dogs in the latest styles travelled from far and wide to visit the Paris salon of fashionable canine tailor Monsieur Vivier.  Located in the Galerie d’Orleans at the Palais Royal, Vivier’s establishment welcomed dog owners from all over the world.  He was famous for his canine haute couture.  So famous that some compared Vivier to legendary fashion designer Charles Frederick Worth—a fact which Vivier proudly acknowledges in an 1898 interview in Pearson’s Magazine, calling himself “the Worth of Dogs.”

Vivier did not generally go in for extreme styles or ridiculous fancies (though he did once design wedding costumes for a pair of dogs who were getting married).  Instead, he created elegant, impeccably tailored dog coats made in the very fabrics and colors that were in fashion for women’s clothing of the season.  As he explains in his interview:

“We follow the ladies’ fashions.  Thus, this winter what will be mainly worn is pearly grey and a peculiar shade of green known as ‘gros vert,’ and our clothes for dogs will be made in these colours, as well as in the materials which may ultimately be fixed upon by the great dressmakers as ‘the correct thing.’”

Vivier’s clientele consisted, in the main, of a number of toy terriers, greyhounds, and griffon dogs.  These pampered pets were owned by fashionable ladies hailing from Paris, London, and New York and, according to Vivier:

“You can see these ladies with the pet-dogs which we have dressed for them, during the season, in such places as the Parc Monceau, in the Bois de Boulogne, and on the terraces of the Tuileries.” 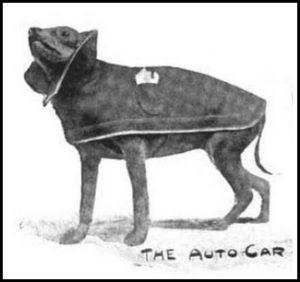 Vivier dressed dogs for every occasion.  His designs for 1898 included a visiting costume of box cloth trimmed in leather, an “at home” suit made of warmly lined silk, a yachting costume made of blue serge, and a travelling costume of Scottish tartan which was “fitted with two little pockets” so that its wearer might carry his own handkerchief.  Vivier also designed a special overcoat for dogs to wear while travelling with their owners in an automobile.  This design was as functional as it was elegant.  As Vivier explains:

“You see, when the autocar is driven at a high rate of speed there is always much wind, and the object of these coats is to protect the lungs of the dogs against the air.  We call it the couverture pour automobiles.  It is a stylish article which we turn out in fashionable stuffs at two pounds made to measure.”

Vivier was not the first canine tailor in nineteenth century Paris.  In fact, years earlier, Madame Ledouble—the pioneer of canine couture—operated out of the same shop in the Palais Royal.  By the 1890s, Pearson’s Magazine reports that there were “three or four” other shops offering dog fashions as well. 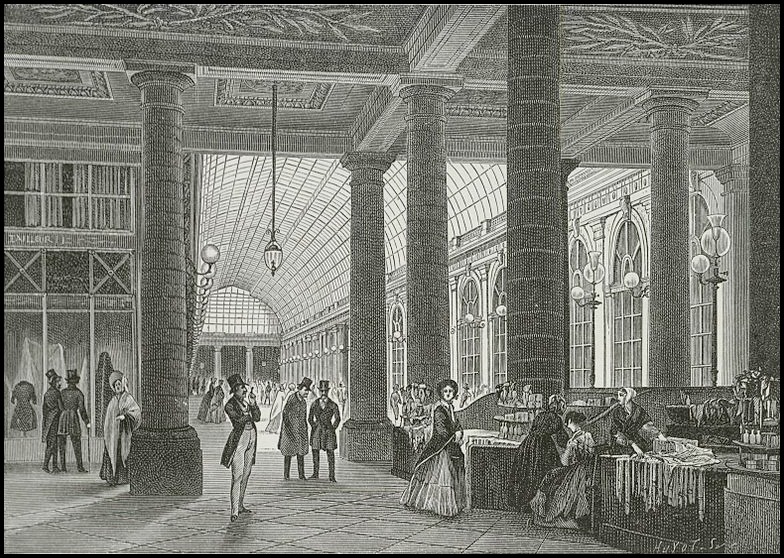 Meanwhile, in London, the dog tailoring trade was on the rise.  An 1896 edition of the Cheltenham Chronicle calls it nothing but “fashionable foolishness,” the main criticism being that the expense of even the most basic wardrobe for a “middle-class” dog was far too high.  As evidence of this, the Cheltenham Chronicle presents an itemized bill from a local dogs’ tailor, writing:

“The sartorial artist supplied the collar—a gilt affair, priced at half-a-sovereign; also the leg-ring, in this case without armorial bearing, at 6s 8d.  Then there were half a dozen shirts at 8s 4d; half a dozen handkerchiefs at 10d; and two double pairs—one double pair in kid—at 12s 6d the lot.  A dressing costume and a seaside costume each figured for a like amount.  A visiting costume cost double.  A travelling suit ran into a sovereign, and a Court or functional get-up into two pounds sterling.  With a furred winter overcoat, cheap at a pound, the account required a cheque for £13 7s 6d to foot it.”

To the wealthiest of Vivier’s clients, the expense was likely no concern at all.  To the more humble dog fancier, or to those with no affinity for dogs whatsoever, the concept of canine couture was considered to be just another ridiculous extravagance of the idle rich—or worse.  Interviewing Vivier for Pearson’s Magazine, author Robert Sherard describes the fashionable dog clothing as a luxury which appeared to him “almost criminal.”  And when contrasted with the suffering of the nineteenth century poor, it certainly might seem so.

Vivier, however, had no qualms about producing such luxury for the dogs of the “grand dames” of fashionable society.  In fact, on the subject of his profession, Vivier took a rather prosaic view.  As he explains in his interview: 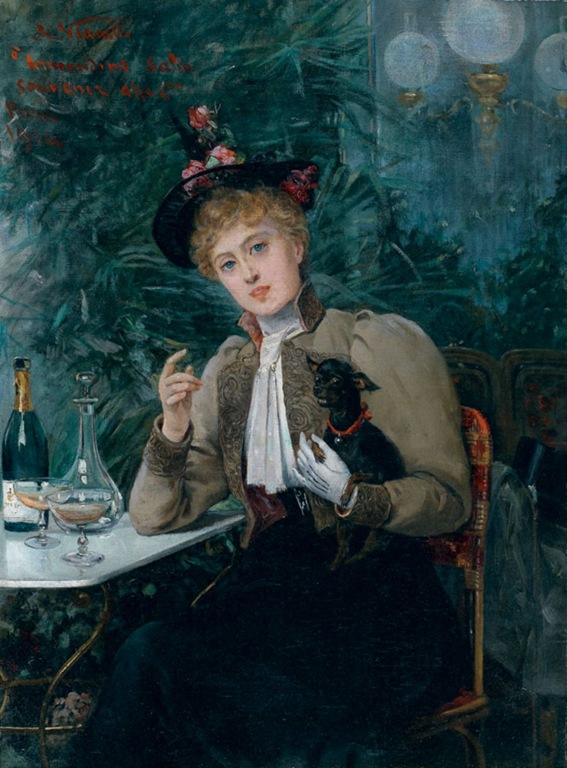 Thus concludes another of my (now twice monthly) Friday features on Animals in Literature and History.  If you are interested in adopting a dog or if you would like to donate your time or money to a rescue organization, I urge you to contact your local animal rescue foundation or city animal shelter.  The below links may also be useful as resources:

Previous Post
This is Death: A Guest Post on George IV by Catherine Curzon
Read More
Next Post
Death at the Needle: The Tragedy of Victorian Seamstress Mary Walkley
Read More