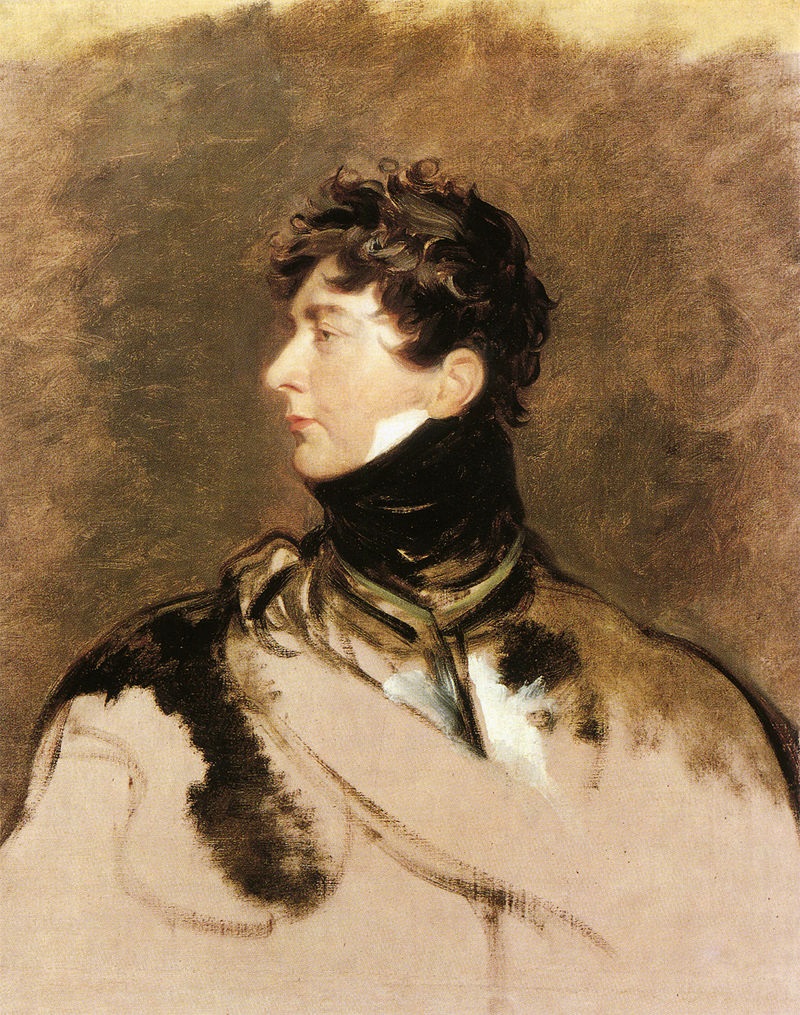 Before I even put pen to paper to write Life in the Georgian Court, I had a soft spot for all things George IV.  I’m fairly uncommon in this, as George is a far from popular fellow thanks to his love of spending, excess and treating the world as though it was his and his alone.

As the years flew past and the king, once the most fashionable man in the land, grew corpulent and sickly, his love of trouble did not desert him.  Indeed, though George’s political days were long since over by the time the Duke of Wellington became Prime Minister in 1828, the king still found plenty of sport in teasing the Iron Duke.  To Wellington’s dismay and annoyance, George falsely claimed to have been present at Waterloo, even giving himself the credit for some decisive victories on the field.

Overweight, a habitual user of laudanum and suffering greatly from the pains that wracked his body, the king began to withdraw from society.  As his sanctuary he chose Windsor as his father had before him.  Yet whilst George III was unquestionably insane, George IV was mentally mostly sound and attended not by the fearsome mad doctors who had cared for his father but by his devoted long-time companion, Lady Conyngham.  Now and again the king emerged from his seclusion to dabble in current affairs but his health was in catastrophic decline, his sight was failing and he was clearly not at all long for the world he had once painted so very red. 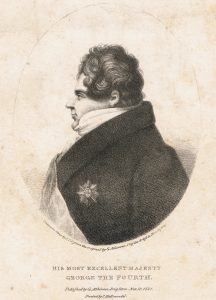 Those enormous dinners and fine bottles of alcohol had begun to take a toll many years earlier and by 1830 the once fashionable, handsome young man was gone for good.  In his place was an obese, disease-ridden alcohol and laudanum addict squeezed into a restricting corset and struggling with a body so huge that he could barely breathe when he laid down to sleep.  Hearing of his state of health, his secret bride, Maria Fitzherbert, sent one last letter to her husband but he was too unwell to reply, leaving her to think herself ignored[2].

Under the care of his physician, Sir Henry Halford, George now lived out his days in solitude, forced to sleep in a specially adapted chair that could double as a bed.  His waking hours were beset by agonising pain in his limbs and torso that no amount of bleeding could treat and as he battled discomfort and sleeplessness, deep depression seized the ailing king. In the twilight of his years he looked back on the wild days of his youth, when he had been the most celebrated young chap in town, when women fell at his feet and he lived the high life with hardly a care in the world.  Now though there was only pain and the slow, creeping deprivations of old age as the world moved on without the increasingly bed bound king.

On the night of his death, George retired to his chambers and that chair-cum-bed in the company of his friend, Sir Jonathan Wathen-Waller.  It was in this very chair that the man Byron labelled “the Leviathan of the haut ton” died on 26 June 1830, his body exhausted.  In his final moments, deep in the darkest early hours, George was seized with an attack of breathless agony.  He reached out to clutch Wathen-Waller’s hand desperately, seeking some comfort in the throes of his fate as he gasped, “My boy, this is death”[3].  What he saw, heard or perhaps felt in those seconds we cannot know, but moments later, just before quarter past three in the morning, King George IV died.

Perhaps we should let his legacy be told by The Times and one of the most brutal obituaries the British media has ever seen:

“There never was an individual less regretted by his fellow-creatures than this deceased king.  What eye has wept for him?  What heart has heaved one throb of unmercenary sorrow? … If he ever had a friend — a devoted friend in any rank of life — we protest that the name of him or her never reached us.”[4]

Catherine Curzon is a royal historian and blogs on all matters 18th century at A Covent Garden Gilflurt’s Guide to Life.

Her work has been featured by publications including BBC History Extra, All About History, History of Royals, Explore History and Jane Austen’s Regency World.  She has also provided additional material for the sell-out theatrical show, An Evening with Jane Austen, which she will introduce at the Royal Pavilion, Brighton, in September (tickets are available here).

Catherine holds a Master’s degree in Film and when not dodging the furies of the guillotine, she lives in Yorkshire atop a ludicrously steep hill.

Her book, Life in the Georgian Court, is available now from Amazon UK, Amazon US, Book Depository and all good bookshops! 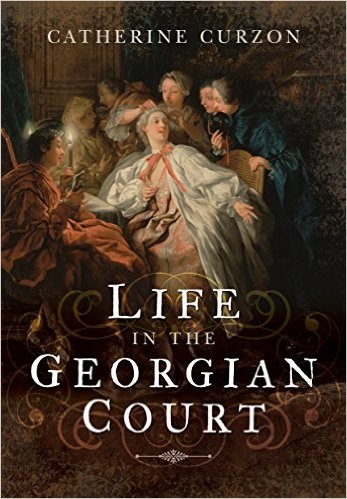 About Life in the Georgian Court

As the glittering Hanoverian court gives birth to the British Georgian era, a golden age of royalty dawns in Europe. Houses rise and fall, births, marriages and scandals change the course of history and in France, Revolution stalks the land.

Peep behind the shutters of the opulent court of the doomed Bourbons, the absolutist powerhouse of Romanov Russia and the epoch-defining family whose kings gave their name to the era, the House of Hanover.

Behind the pomp and ceremony were men and women born into worlds of immense privilege, yet beneath the powdered wigs and robes of state were real people living lives of romance, tragedy, intrigue and eccentricity. Take a journey into the private lives of very public figures and learn of arranged marriages that turned to love or hate and scandals that rocked polite society.

Here the former wife of a king spends three decades in lonely captivity, Prinny makes scandalous eyes at the toast of the London stage and Marie Antoinette begins her last, terrible journey through Paris as her son sits alone in a forgotten prison cell.

Life in the Georgian Court is a privileged peek into the glamorous, tragic and iconic courts of the Georgian world, where even a king could take nothing for granted.

Black, Jeremy. The Hanoverians: The History of a Dynasty. London: Hambledon and London, 2007.

Home  »  Blog  »  This is Death: A Guest Post on George IV by Catherine Curzon