“In vain I have struggled.  It will not do.  My feelings will not be repressed.  You must allow me to tell you how ardently I admire and love you.” 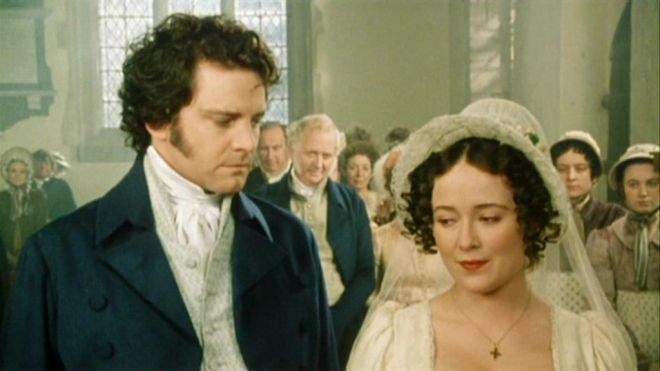 So says Mr. Darcy to Elizabeth Bennett in what is not only one of the most famous scenes in Pride and Prejudice but arguably one of the most beloved in all of English Literature.  Darcy’s anxiety upon entering the room, sitting down, standing up, walking about, and finally declaring his love for Elizabeth in a highly “agitated manner,” has set many of our 21st century hearts soaring.  Why is it then that in most modern historical romances the dynamic of the relationship portrayed is the complete reverse? 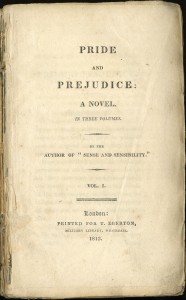 This dynamic in historical novels has clearly had a great deal of appeal over the years.  During the era of the bodice-ripper, especially, the hero’s inability to express emotion often stood as an example of his strength and masculinity.  Indeed, for some readers, even the slightest sign of vulnerability in a hero was tantamount to weakness.

That’s not to say that those types of novels can’t be enjoyable to read.  However, if you’re like me and  prefer your heroes to have an occasional spasm of uncertainty when it comes to the heroine – or even to declare their love long before the heroine declares hers – you will be happy to know that amongst all the coldly remote alpha-males populating historical romance today, the self-doubting, emotionally vulnerable hero still exists. 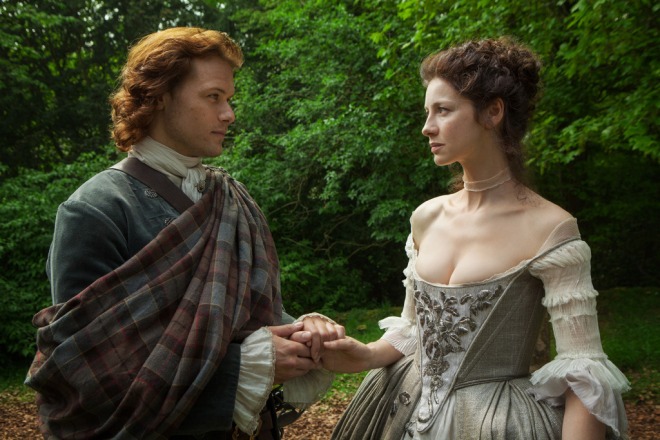 In Diana Gabaldon’s Outlander, we meet James Fraser.  Set primarily in 18th century Scotland during the second Jacobite Rebellion, no one could ever doubt our Highland hero’s masculinity.  Yet when it comes to our heroine, Claire, Jamie is anything but overconfident. 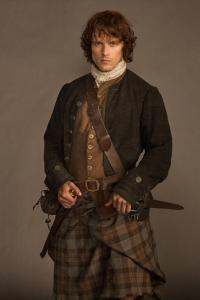 Whether he’s self-consciously smoothing down the “spiky licks” of his hair, sheepishly confessing to the efforts he put in to dressing for his wedding (“I wished to do ye honor today by looking as well as I might”), or coloring with “a slow, fierce blush” at the very mention of consummating his marriage, Outlander’s James Fraser, for all his warrior-like prowess, is possessed of an irresistible emotional vulnerability that could melt the heart of even the most indifferent female.

And yes, he is the first to declare his feelings.

“I wanted ye from the first I saw ye—,” he admits to Claire, “but I loved ye when you wept in my arms and let me comfort you, that first time at Leoch.”

In Amanda Quick’s new novel, Garden of Lies, I was pleased to come across another emotionally vulnerable hero.

Victorian archaeologist and adventurer Slater Roxton is, in the manner of many classic Quick heroes, intelligent, physically formidable, and of course, mysterious.  There are a lot of things to like about Garden of Lies and plenty of reasons to keep reading through to the end, but what most intrigued me was the hero’s emotional reaction to the heroine.

Having known Ursula Kern, head of the Kern Secretarial Agency, less than a fortnight, Slater has already fallen desperately in love with her, drawn, as he says, “Like a damned moth to her flame.”  When Ursula departs Slater’s house early in the novel after giving notice that she cannot work for him anymore, he is devastated.

“He stood at the window in the front hall and watched until the carriage vanished into the fog.  Everything inside him went cold.  He was losing her.  You never possessed her.  She was not yours to lose.”

Amidst the action, adventure, and mystery of the novel, we are treated to several glimpses of Slater’s private thoughts and insecurities which reveal the inner vulnerability of this outwardly invulnerable character.  After their first romantic interlude, for example, when Ursula does not immediately express her feelings, we see Slater go through what thousands of heroines in other historical romances have gone through over the years – the uncertainty and doubt over whether the object of their love returns their affections.

“His spirits, which had been in fine form a moment ago, were suddenly plunged into the depths.  He exhaled deeply.  What had he expected from her?  A declaration of undying passion?”

Heroes are heroic, by definition, but this does not mean they are inhuman.  As a reader, I greatly appreciate those authors who understand that vulnerability in a historical romance hero is neither weak nor anachronistic.  And those authors are out there, I assure you.  Authors like Austen, Gabaldon, and Quick, whose novels give us the whole picture of a hero – doubts, insecurities, blushes and all.

England, 1860. When ex-army captain Justin Thornhill places an advertisement for a wife, the mysterious lady who answers isn’t quite what he was expecting. Find out more or Read an excerpt

Praise for The Matrimonial Advertisement

“Matthews’ (The Viscount and the Vicar’s Daughter) has a knack for creating slow-building chemistry and an intriguing plot with a social history twist..” –Library Journal

“Ms. Matthews writes with elegance and precision…The author’s research is impeccable…She also makes excellent use of the remote coastal setting, creating a brooding atmosphere reminiscent of the gothic romances of the time with her evocative descriptions….” -All About Romance

“There’s no way this book could be anything but a historical and a mid Victorian one at that…The initial scary, isolated setting is haunting and leaves you ready to jump at what might come around the corner. The tension is palpable .” -Dear Author

“I absolutely loved every minute I spent with The Matrimonial Advertisement. Mimi Matthews is an exceptional story-teller..” -Passages to the Past

“Gothic Victorian story-telling at its best. This is how this genre is supposed to be written!…By far one of the best books I have read–ever!” -Chicks, Rogues and Scandals

It boils down to that old adage that a woman loves to be loved, adores to be adored and NEEDS TO BE NEEDED.
We, the stronger sex, need our menfolk to be dependent on us…

I’ve never heard that before! I think there must be some truth in it. :)

Reblogged this on bevieann61's Blog. about books!!! and commented:
Very good information

Good post–puts a finger on the problem of characterization in today’s fiction (and mine, in particular!)

It’s a good thing there’s a range of heroes and so many books to choose from – though I read one recently where the hero could not stop crying and that was a bit too emotionally vulnerable for my taste… ;) Thanks for commenting, Angelyn!